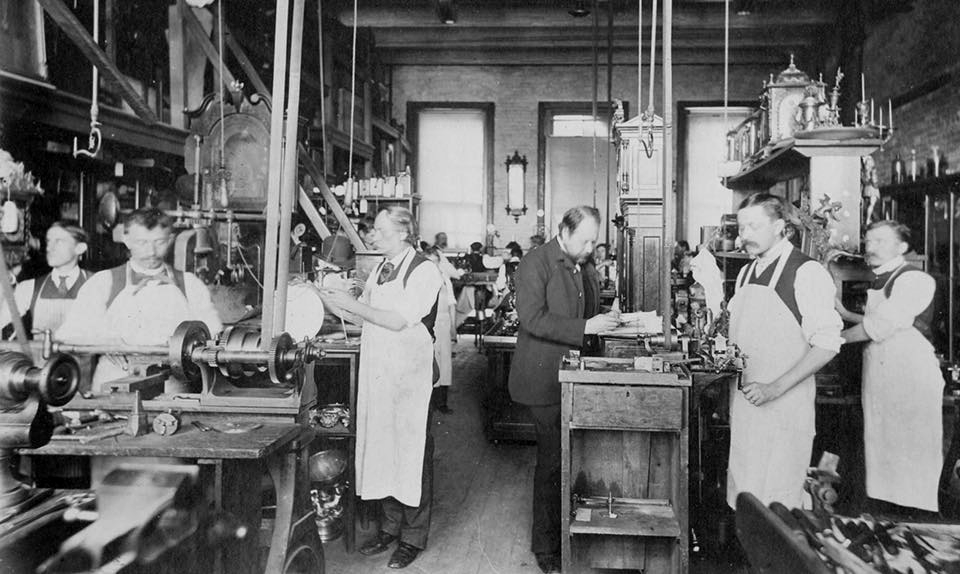 Tiffany & Co. was founded in 1837 by Charles Tiffany. Tiffany & Co. sold silver, jewelry, stained glass, and clocks among other fancy goods. Most goods were imported at first, but as time passed, Tiffany began to make many items in house, in their own shops, with skilled craftsmen of their own employ. In 1879 Tiffany & Co., under the direction of Joseph Lindauer, Master Clock Maker (pictured in dark suit, on right) and George Paulding Farnham, Head Designer, began to produce clocks under the name Tiffany & Co., Makers.

During the period 1879 to 1910 Tiffany & Co., Makers produced 829 custom made clocks of various styles. Of this 829 clocks, 28 were clocks that struck ship’s bell chime. Most of these were made for yachts, however some were made for installation in buildings. Lindauer died in 1895 and his son took over has Tiffany’s clockmaker. With the elevation of Louis Comfort Tiffany in 1903 to owner of Tiffany & Co., Farnham was pushed out of the design position he had held for many years. The combination of these two events spelled the end of the in-house clock shop for Tiffany & Co., Makers and by 1910 all in house production ceased. The Tiffany & Co., Makers Register on this website is a list of the 28 Ship’s Bell clocks made by Tiffany Makers. Examples of these 28 clocks are shown here displaying the wide variety of design. 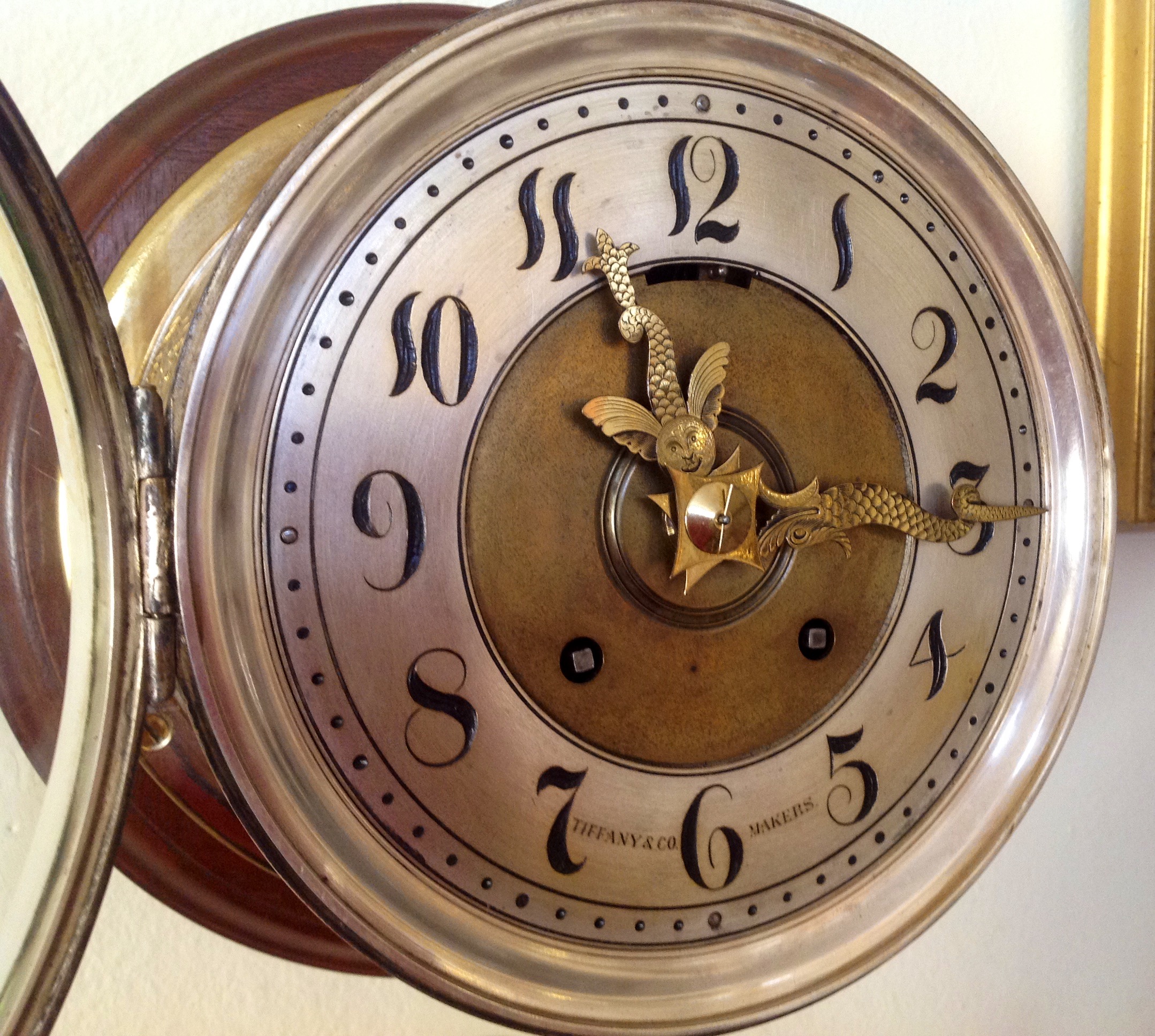 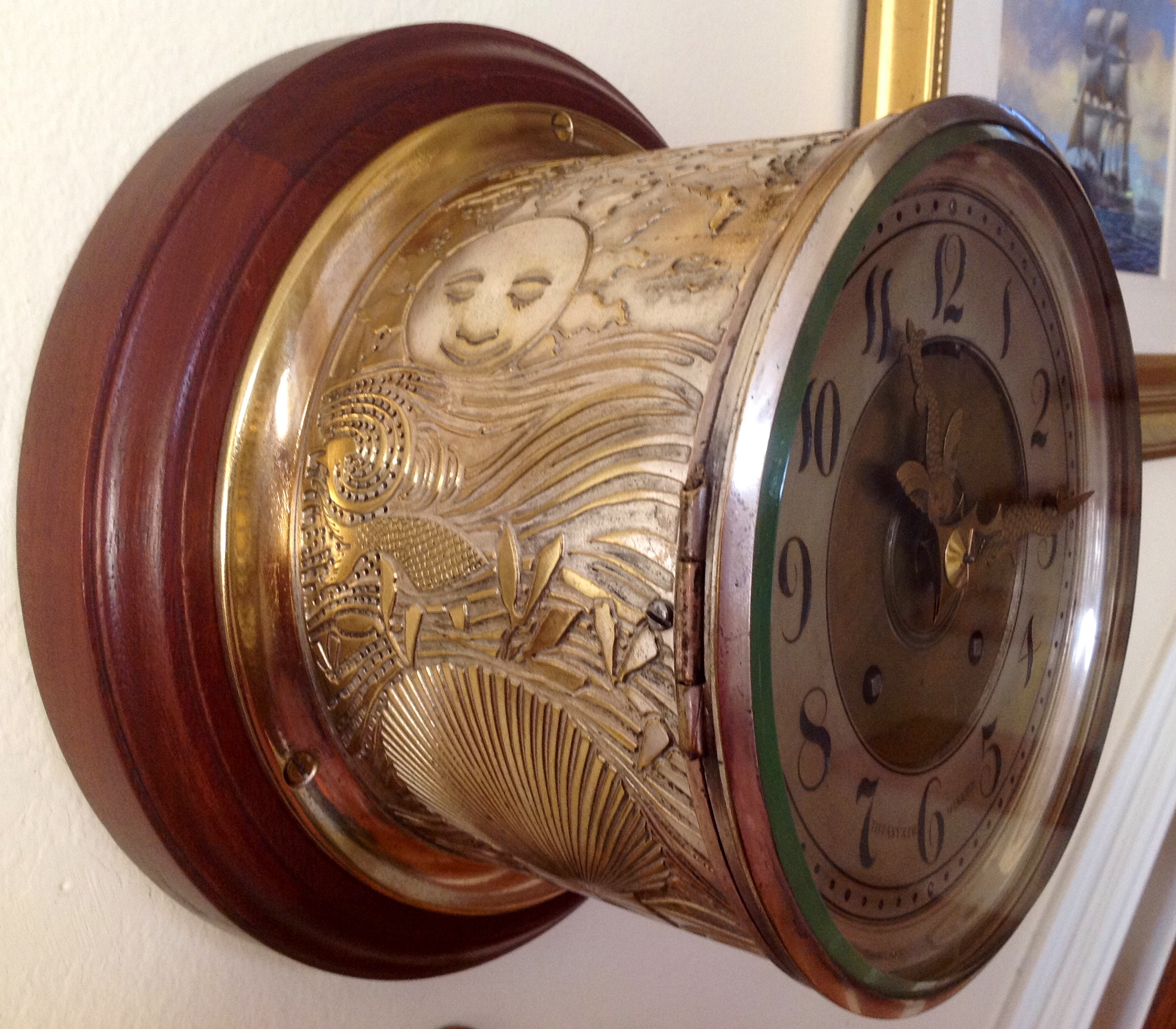 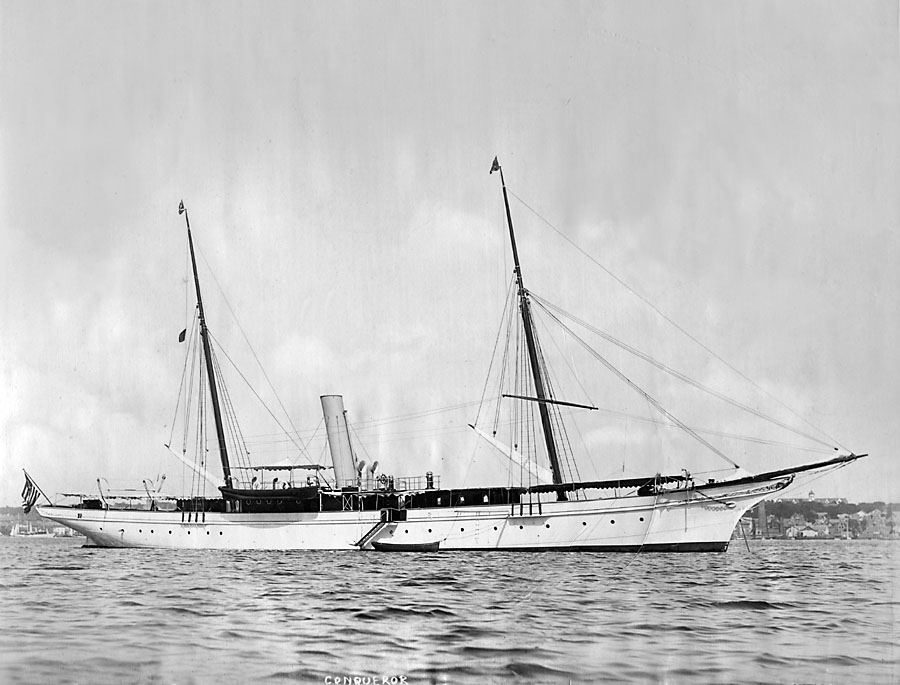 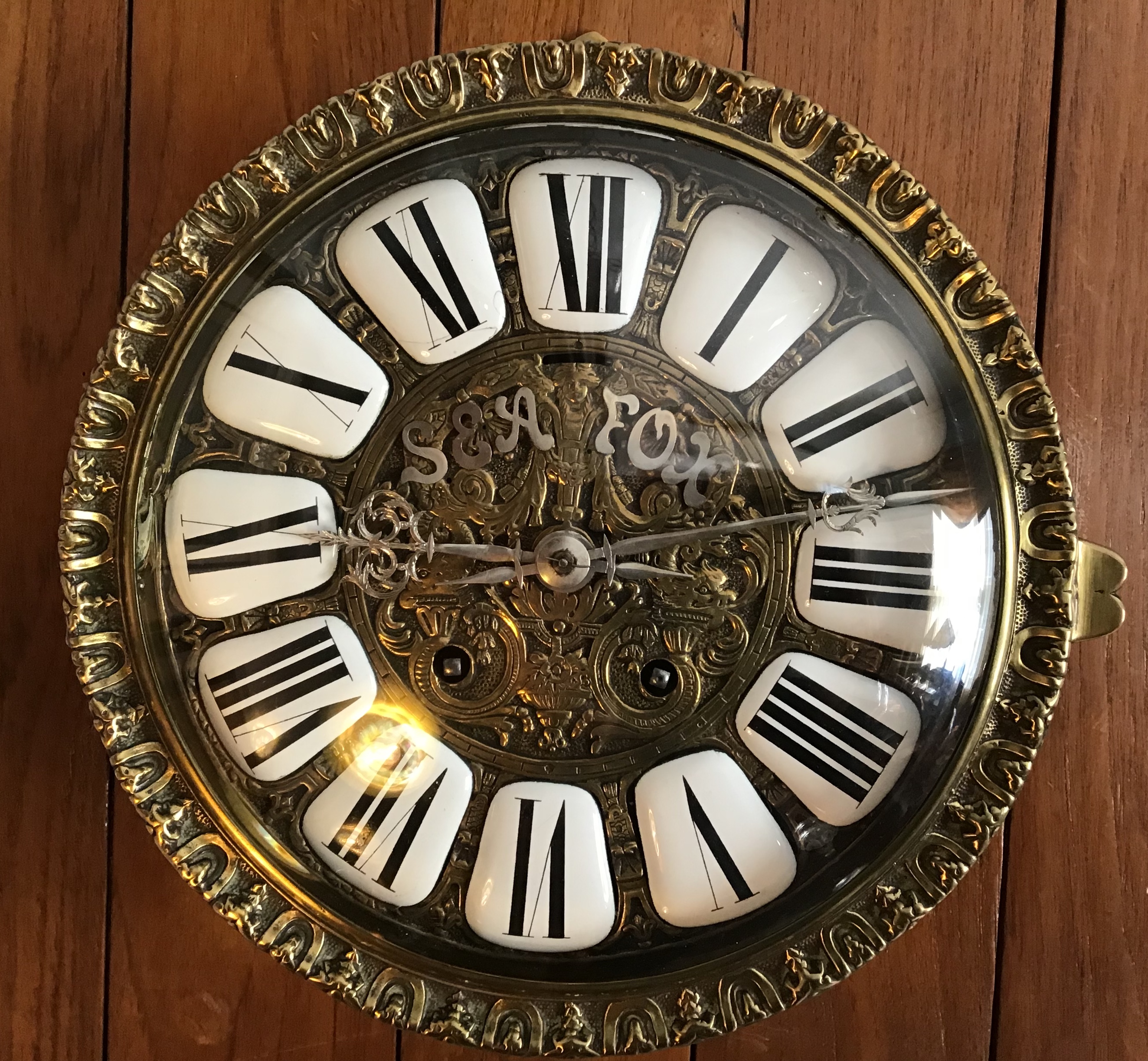 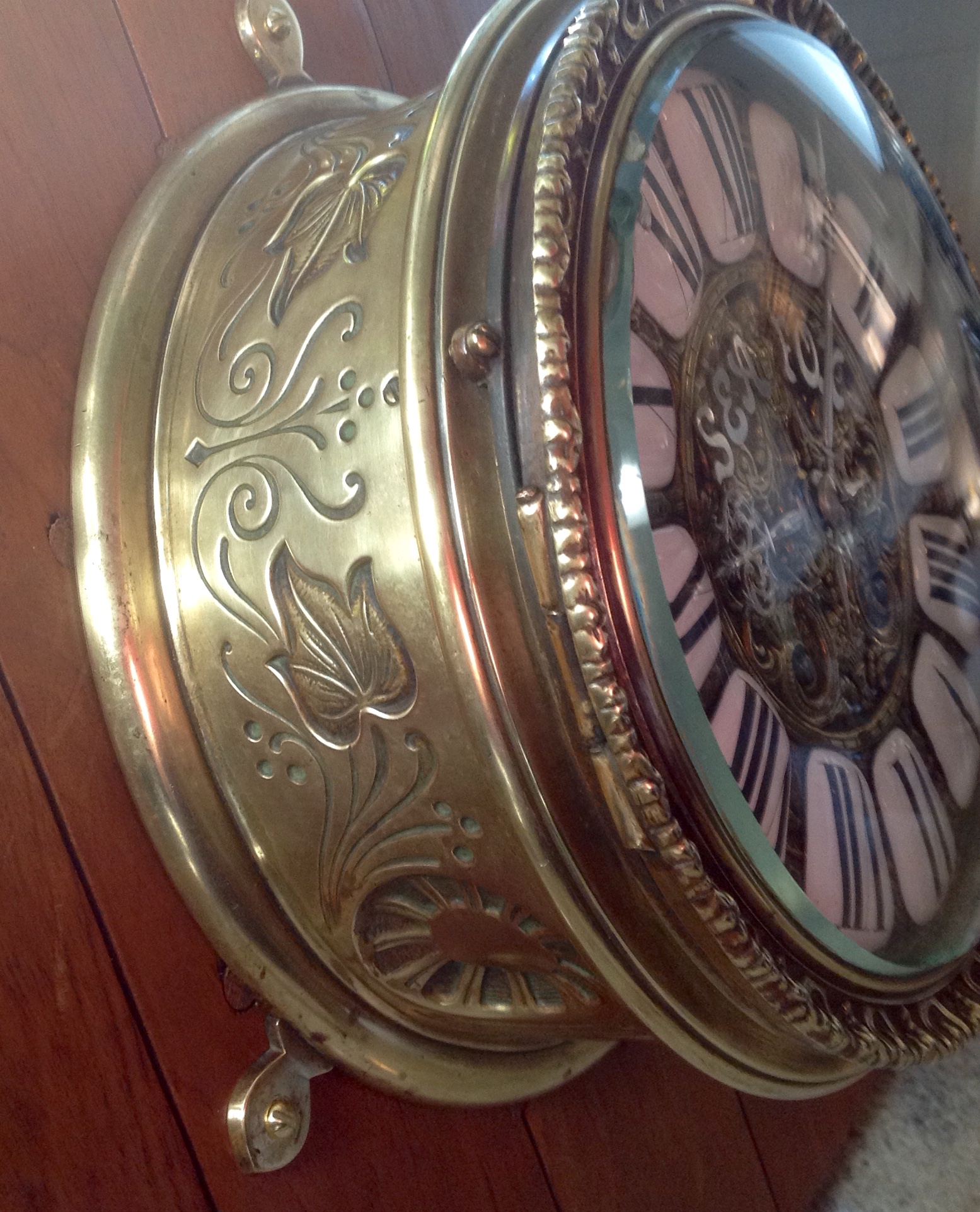 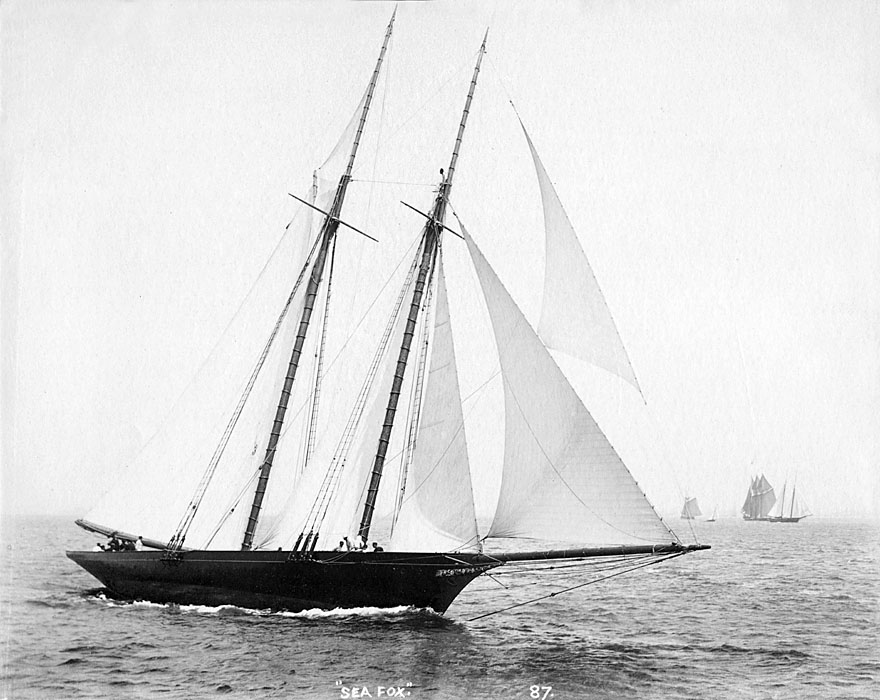 #325. Made in 1882 for Dallas B. Pratt’s Yacht Sea Fox, flag ship of the New York Yacht Club when Pratt was Commodore. 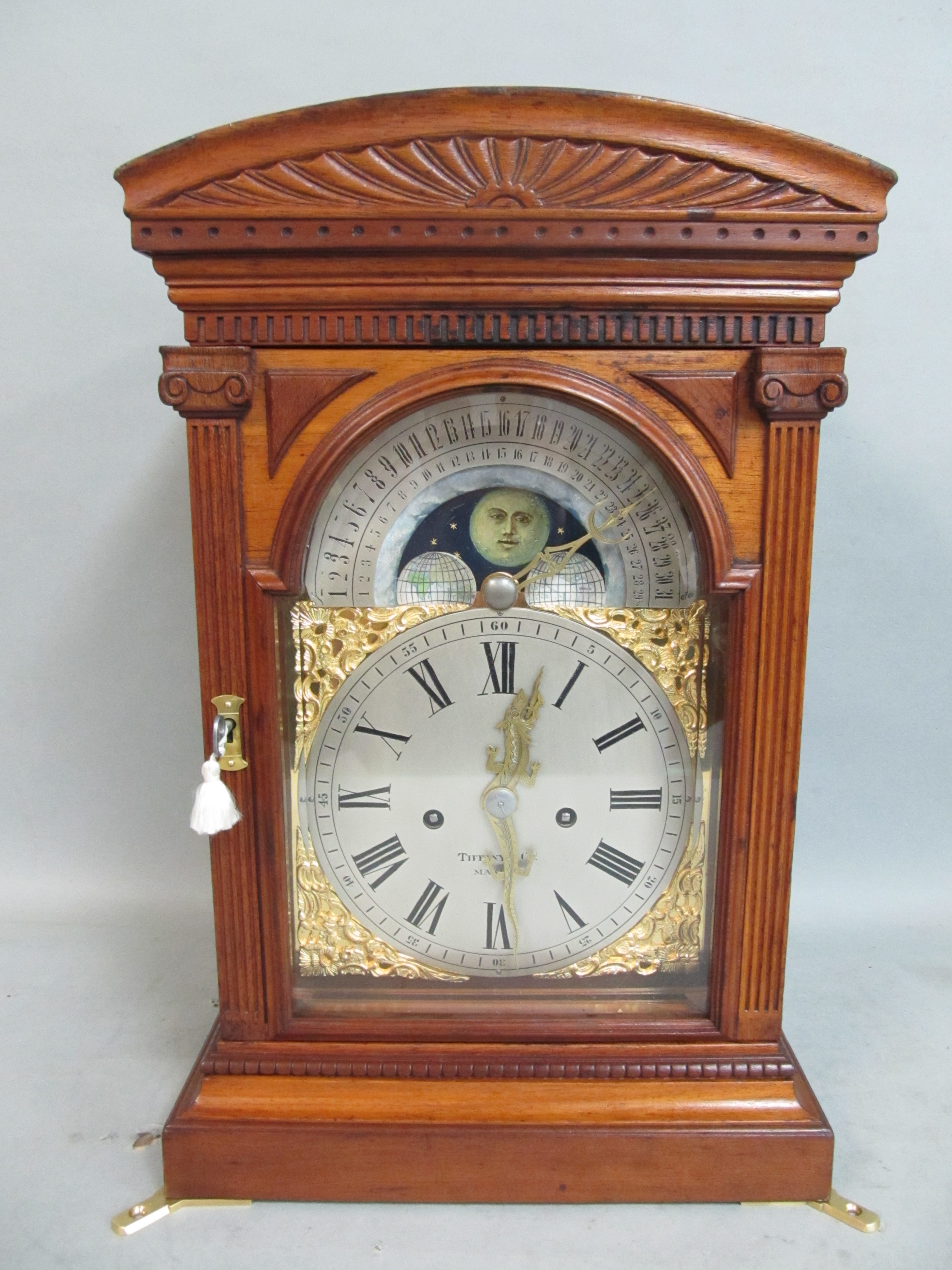 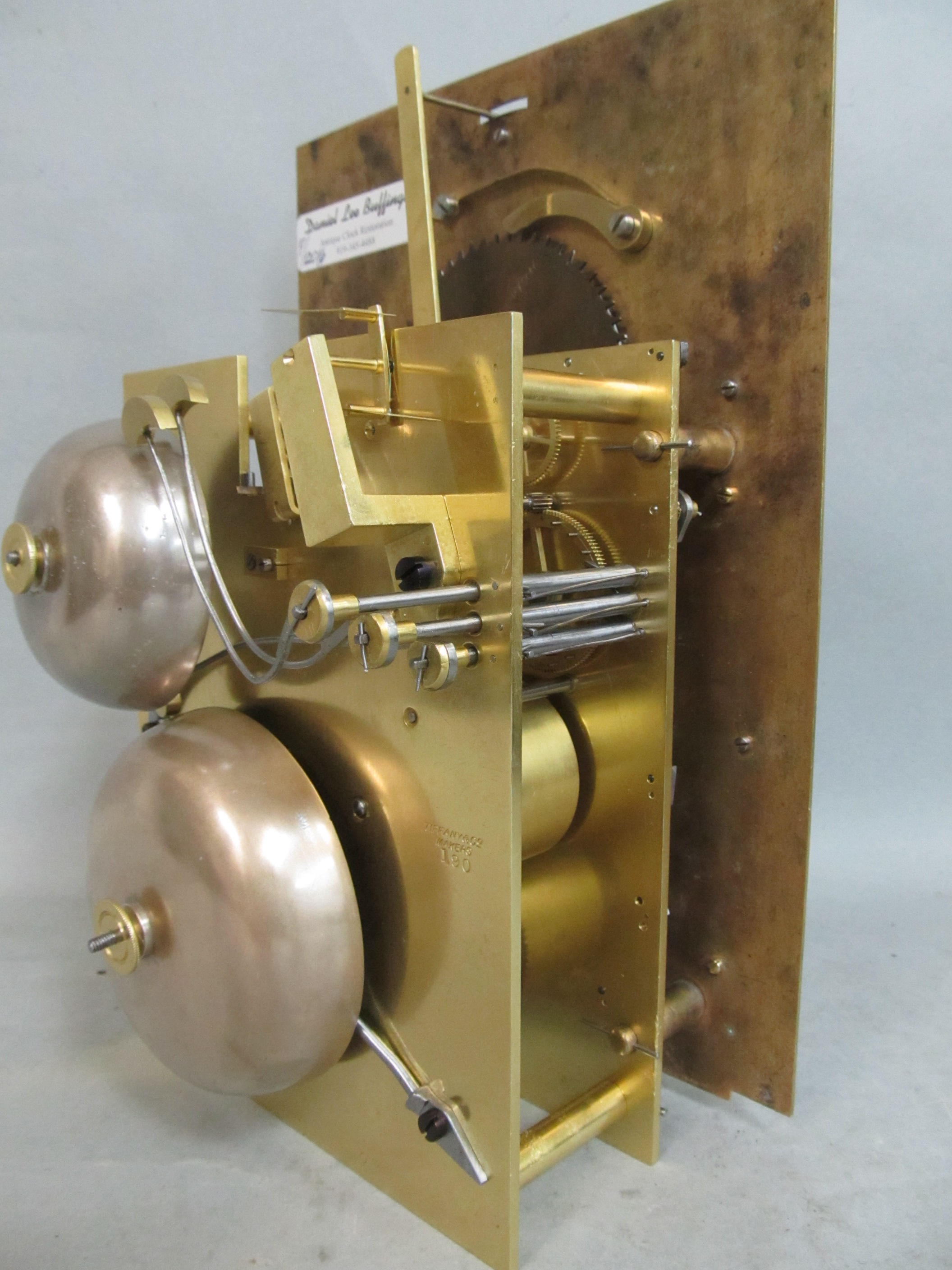 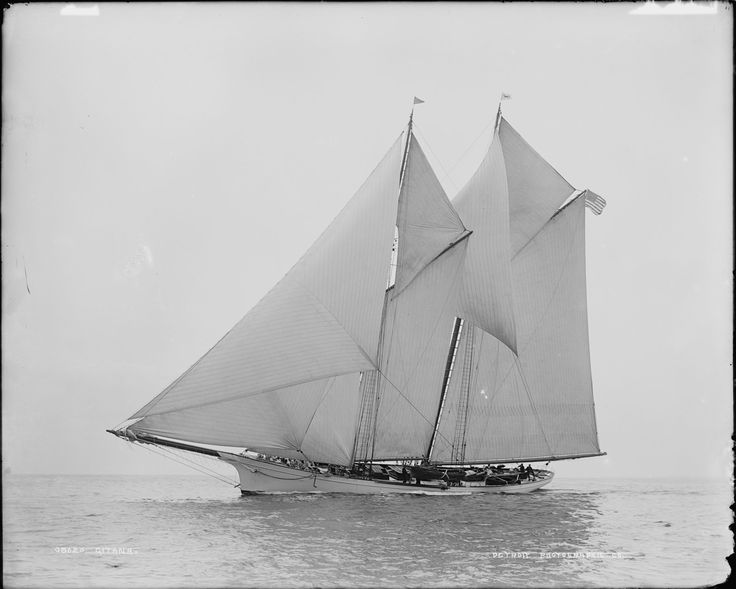 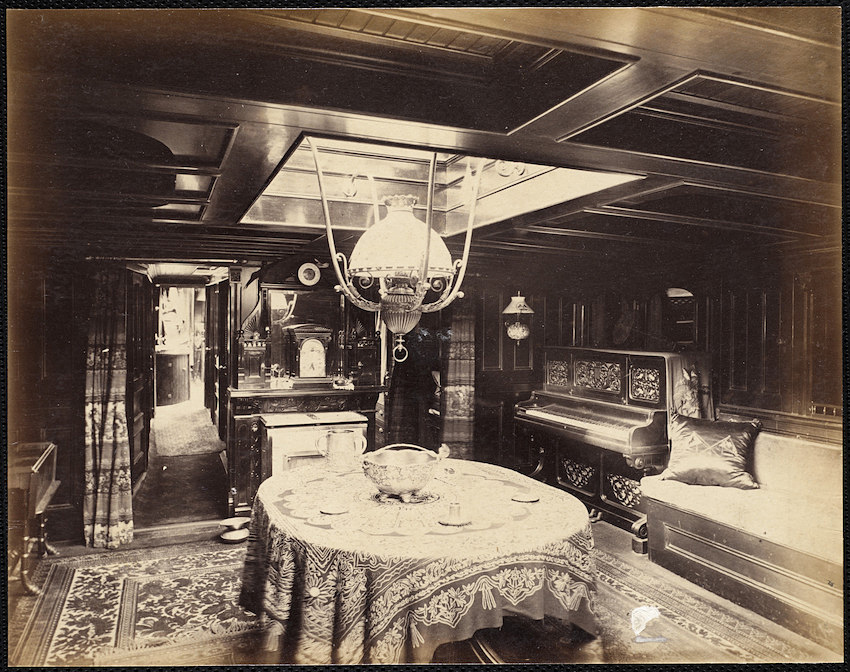 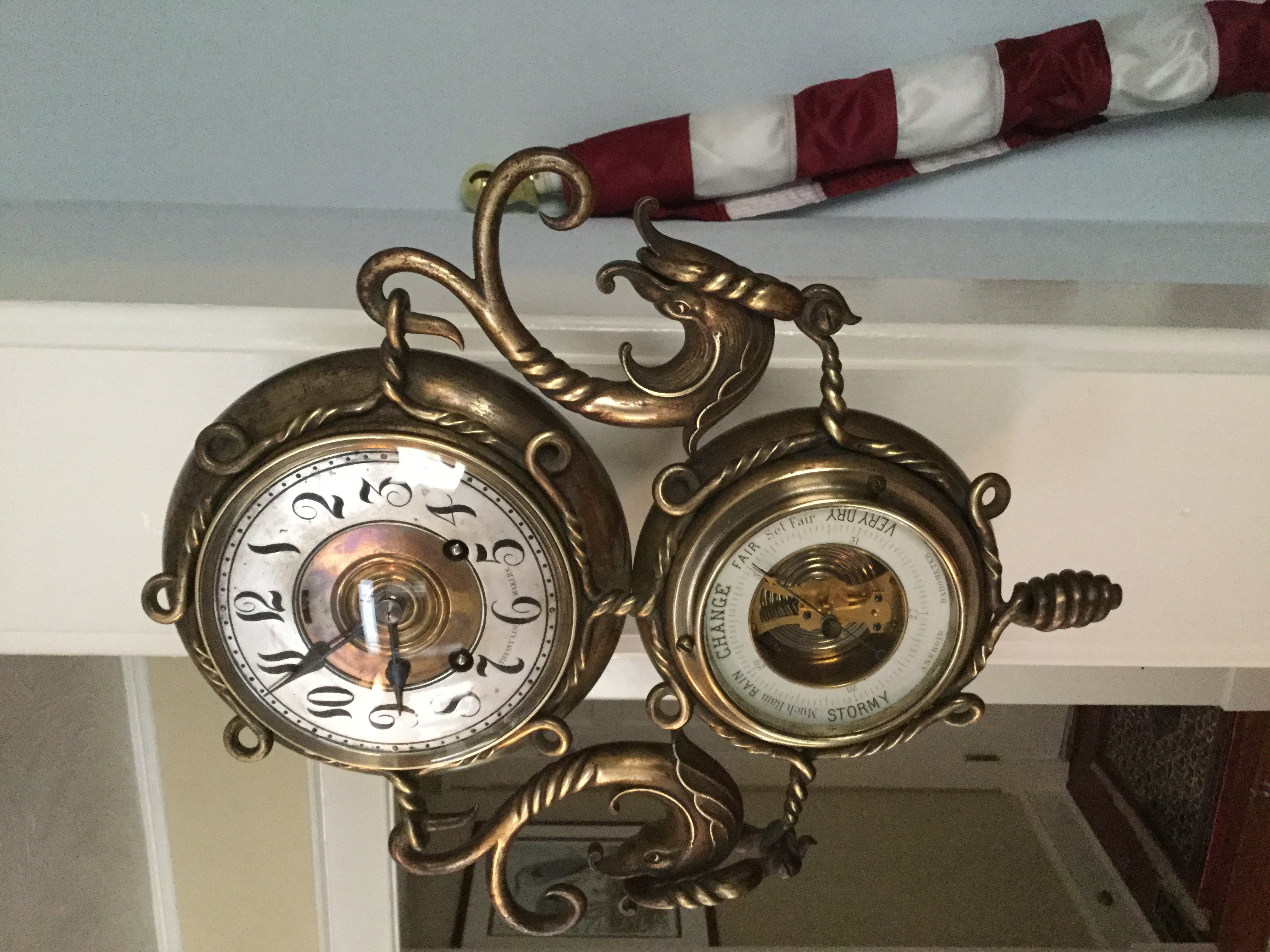 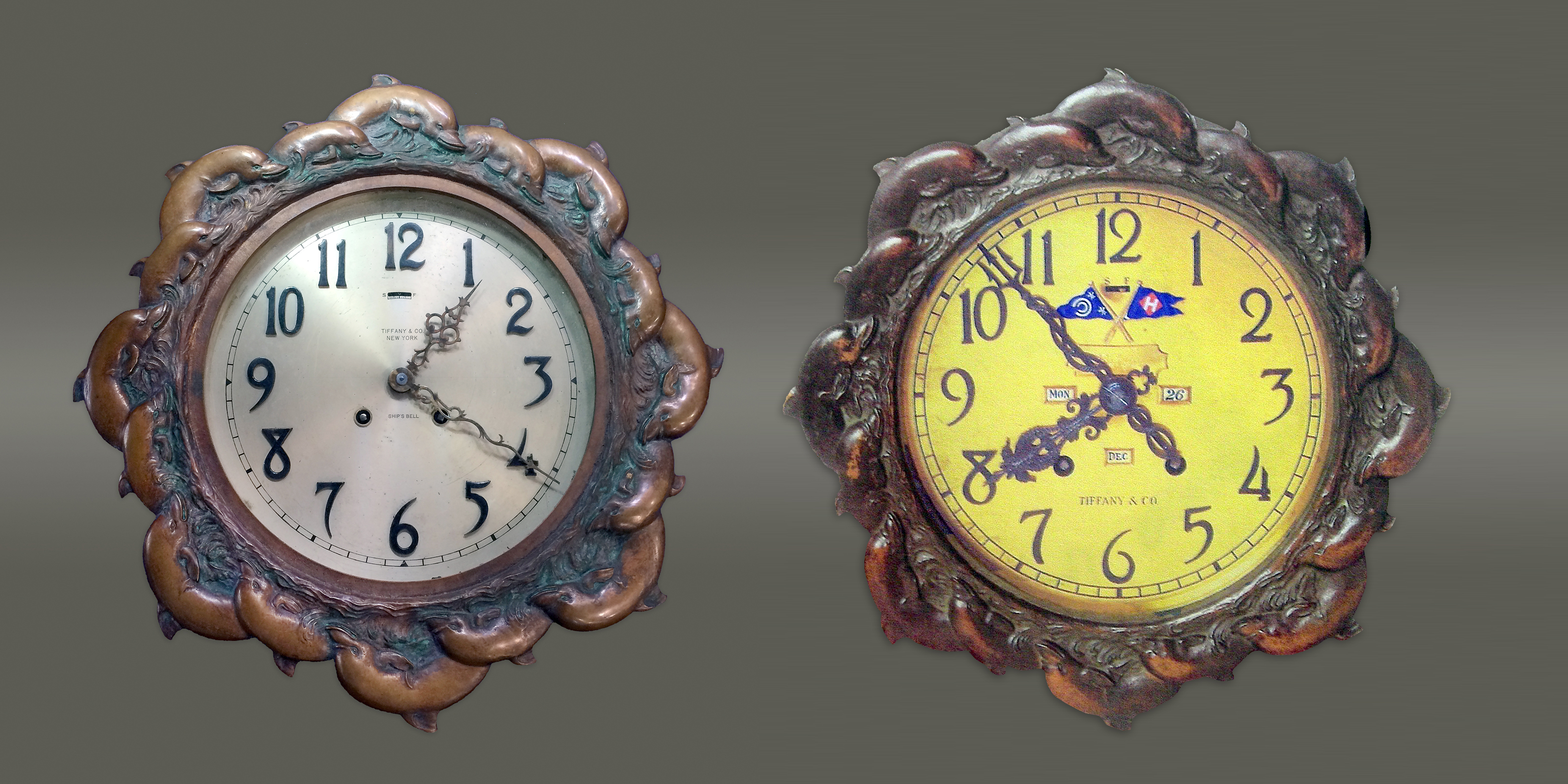