In 2010, after more than 100 years, the Chelsea/Ashcroft engine room clock from the U.S.S Raleigh was returned to Portsmouth. The Raleigh was a United States Navy protected cruiser, and the second ship of the U.S. Navy named Raleigh. C-8 was launched 31 March 1892, sponsored by Mrs. Alfred W. Haywood. It was commissioned on 17 April 1894, Captain Merrill Miller, commanding. The ship was launched at the north end of the shipyard, near what now is Trophy Park. She served in the Spanish American War and saw naval service until 21 April 1919. To read more about the U.S.S. Raleigh's naval history, go to: USS Raleigh (C-8) 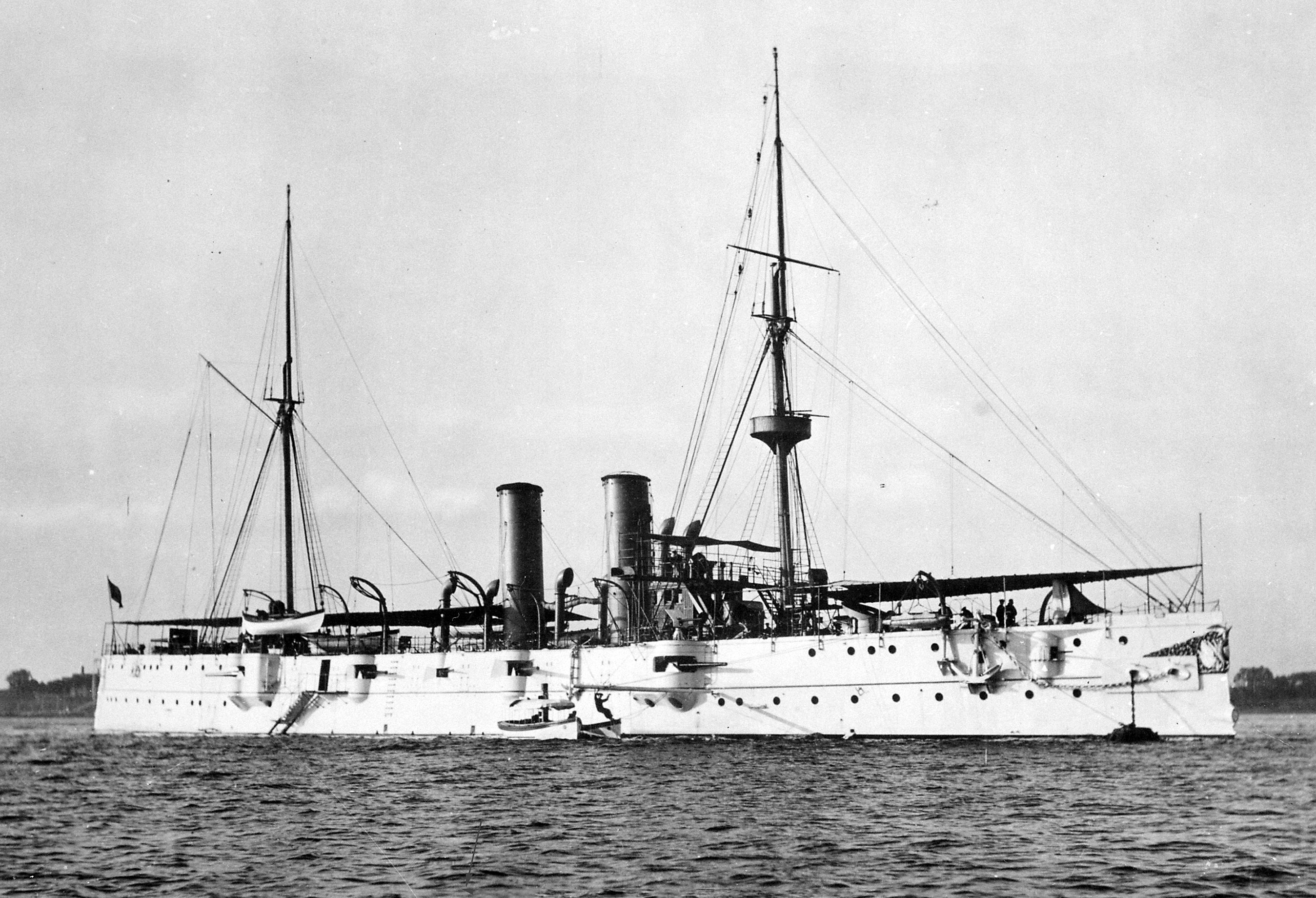 The Raleigh was sold for scrapping on 5 August 1921 to Henry A. Hitner's Sons Co., Philadelphia, Pennsylvania. It's been a long time since 1921 and artifacts from Raleigh are scarce indeed. Recently, Portsmouth marine clock historian and collector, James Dyson, was able to obtain the Raleigh engine room clock in a trade with another collector. Research shows the Raleigh to be the first steel hulled cruiser to be made by the US Navy and its berth here in Portsmouth makes the clocks' return to Portsmouth a historic milestone. 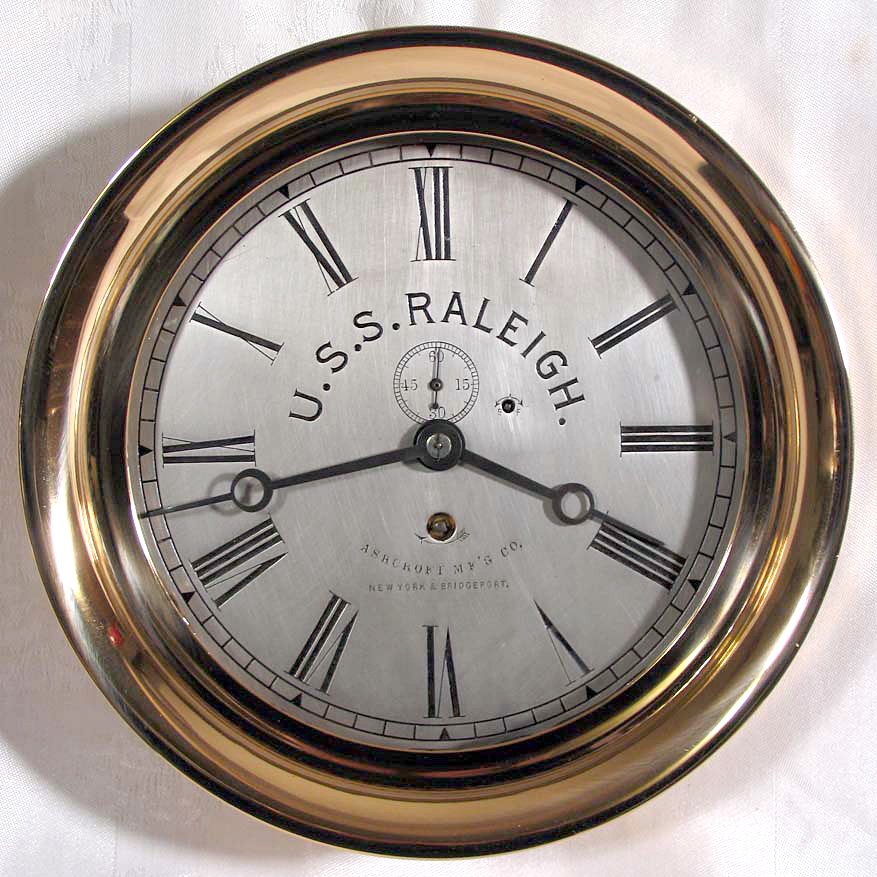 Marine clocks with US Navy ship names engraved on the dial are extremely difficult to find since only one clock at most with the ship's name was made for each ship; not all US Navy ships had such a signed clock. Considering many US Navy clocks have not survived due to sinking or scraping the rarity of the Raleigh clock is remarkable. The clock has recently been restored to its 1892 condition. 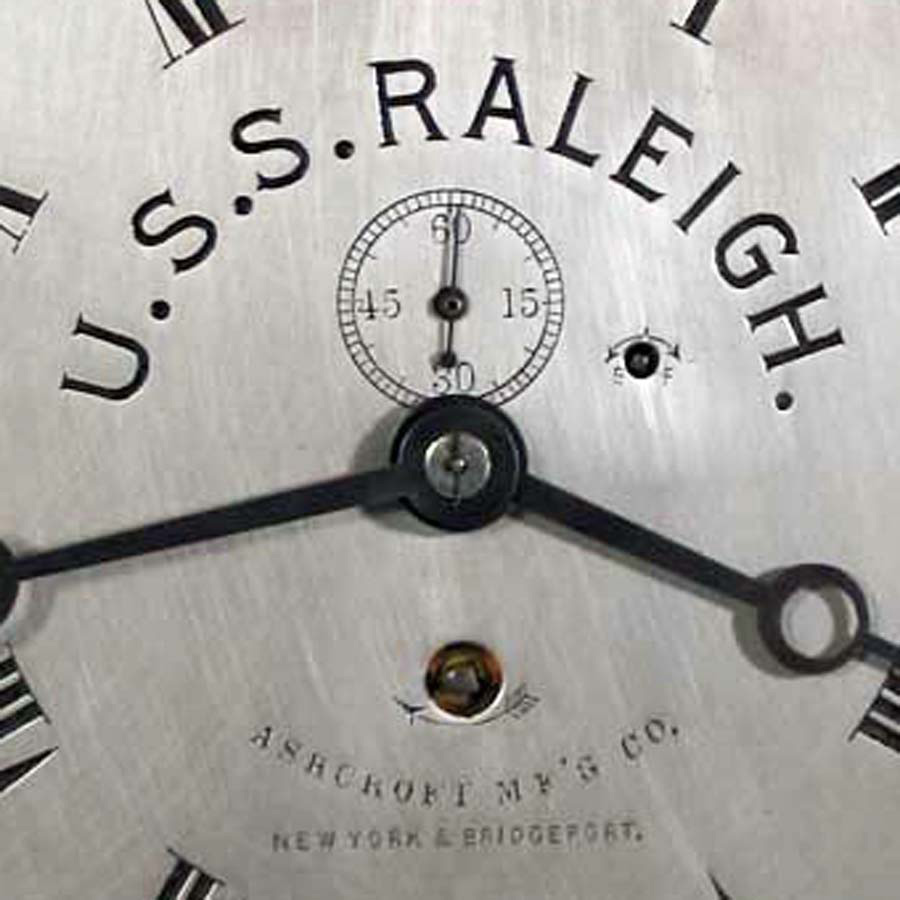