Chelsea Clock Company produced the first of it's most iconic marine clock designs, The Yacht Wheel Ship's Bell Clock, in 1905. The oldest known Chelsea clock of this design was retailed by Theodore B. Starr and Company with a shop at 206 Fifth Avenue in New York City, on July 15, 1905 and recorded in the Chelsea Clock Company factory record book as serial number 15273.

The first catalog of the Chelsea Clock Company was published on September 1, 1906. The Yacht Wheel Clock was featured on page 18 and it was noted in the upper right hand corner that "Patent applied for the Design of Case and Base". Despite that, no record of a patent ever being issued can be found with the U.S. Patent Office. This omission has not hampered Chelsea in its sole production of this stunning design. In spite of a model name change in the mid 1920's to the "Mariner", this famous design has remained unchanged with the exception of improvements in their famous Ship's Bell movement. 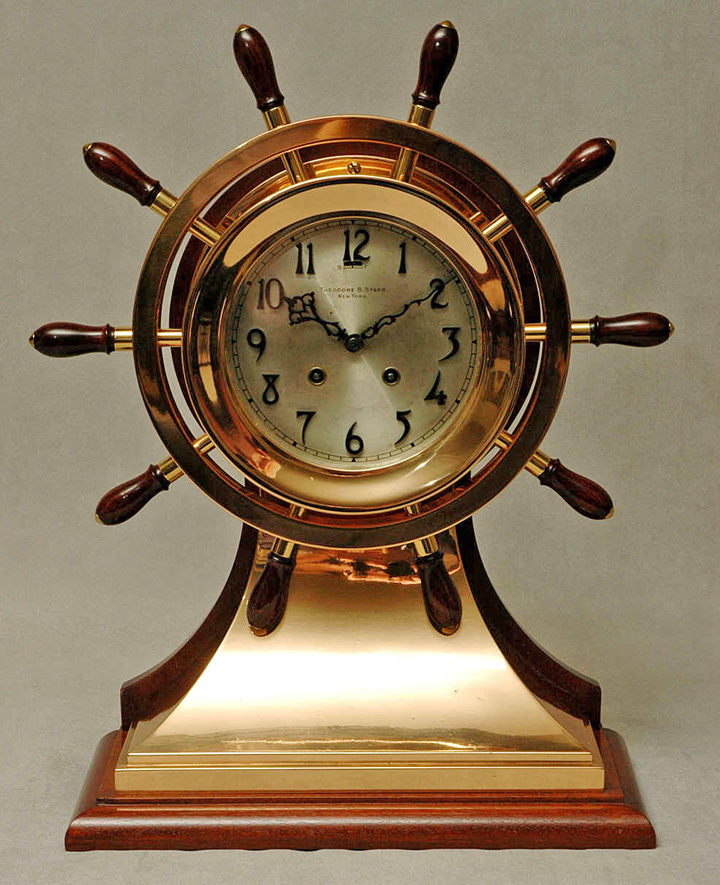 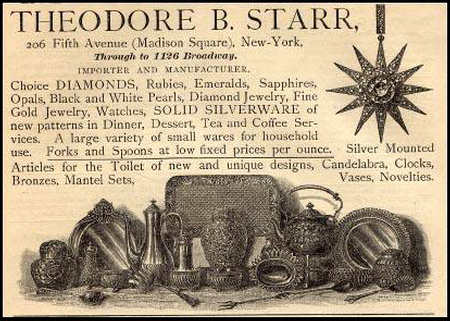 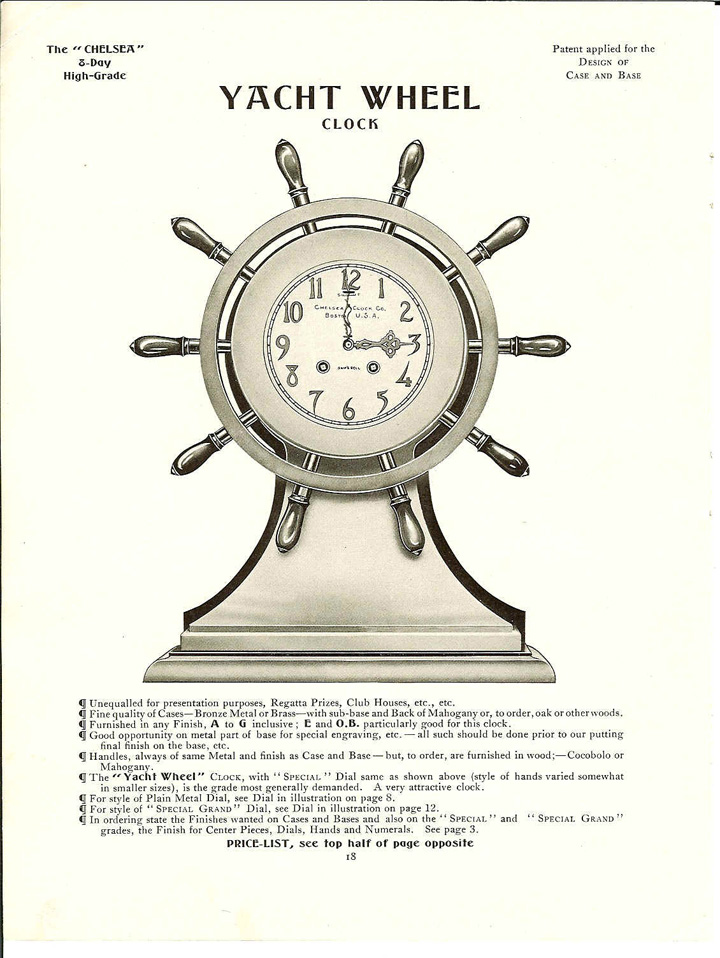 Yacht wheel clock offered in the first catalog of the Chelsea Clock Company. 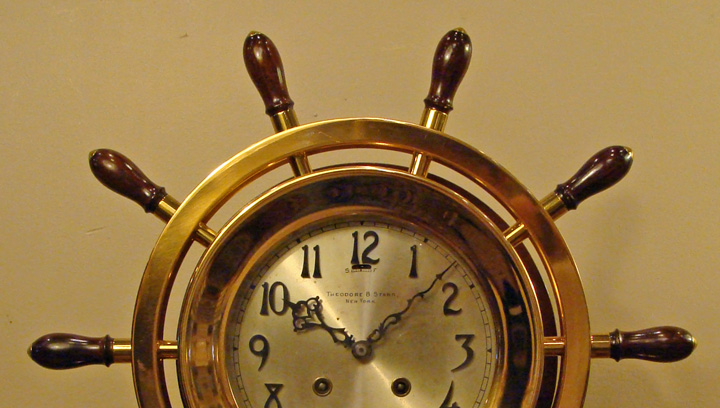 1905 Chelsea ship's wheel clock showing cocobola wooden spoke handles and Theodore B. Starr and Company name on clock face. One interesting and unique feature of clock number 15273 is mentioned in the first catalog. It is noted on page 18 that the Yacht Wheel Clock can be had "to order" with the wheel spoke handles furnished in wood, cocobolo or mahogany. To date clock number 15273 is the only known example with these optional cocobolo wooden spoke handles; a recently discovered clock with mahogany spokes makes two known examples. 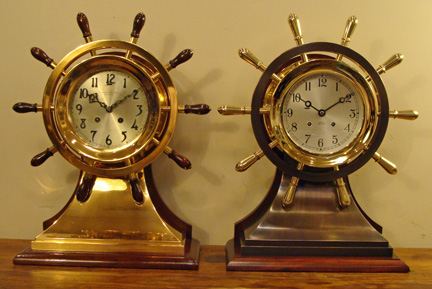