The Derry Manufacturing Company, Derry, New Hampshire was one of the last clock making efforts of Joseph H. Eastman. Derry was short lived, operating less than two years in 1908 and 1909. Research conducted by Edwin B. Burt in the 1950s discovered the only known catalog in the Derry Public Library. Fortunately Burt photographed the catalog for the copy shown here, as the original has gone missing. The Herschede Hall Clock Company purchased the remains of the Derry Manufacturing Company in 1912. Occasionally Herschede banjo clocks with movements marked Derry MFG Co. surface indicating that Herschede completed clocks with parts obtained from Derry. The catalog copy shown here may not be complete as models 1 thru 4 are shown and then model 7, begging the question about a model 5 and 6? 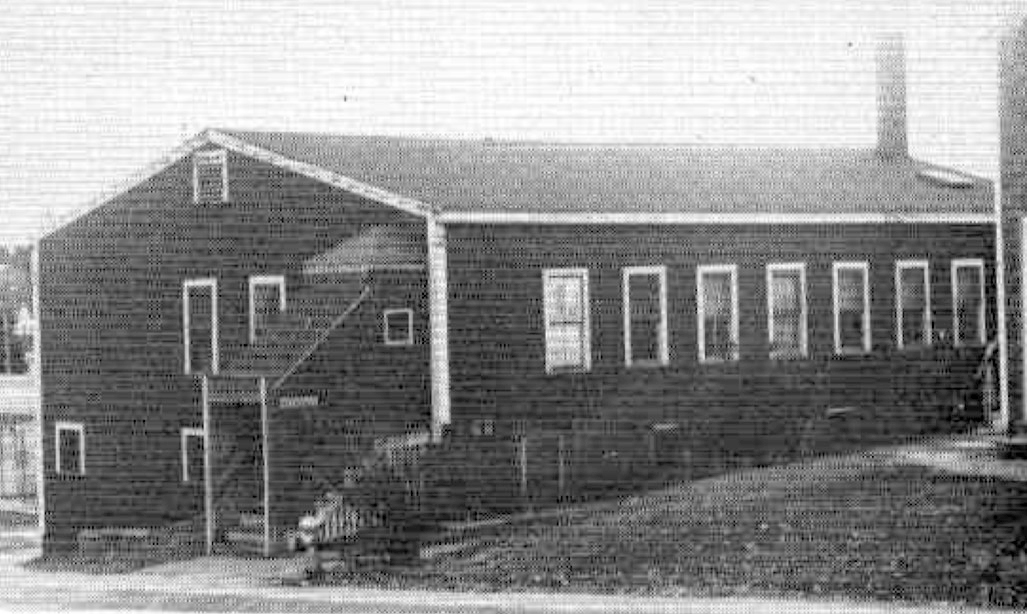 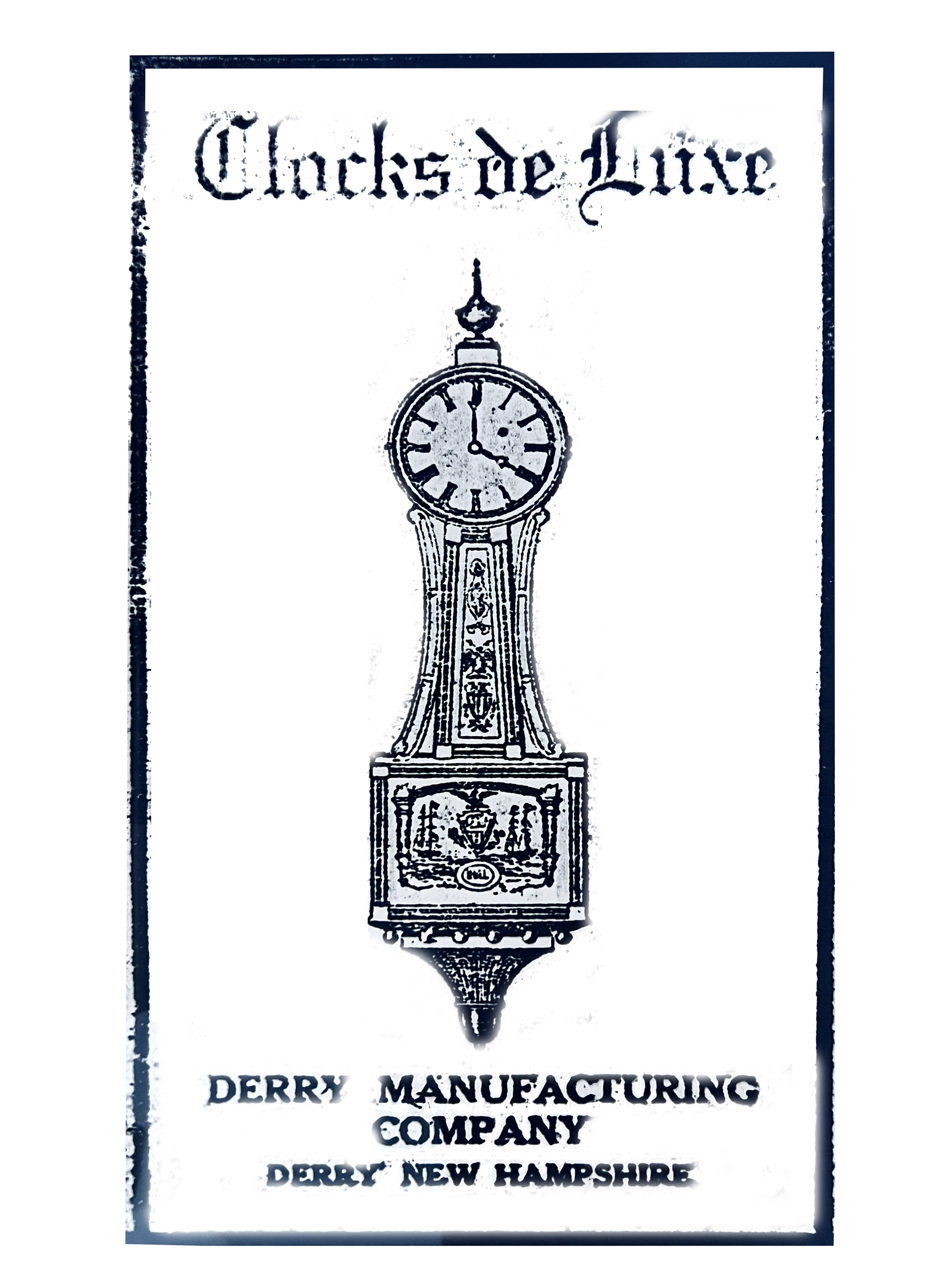 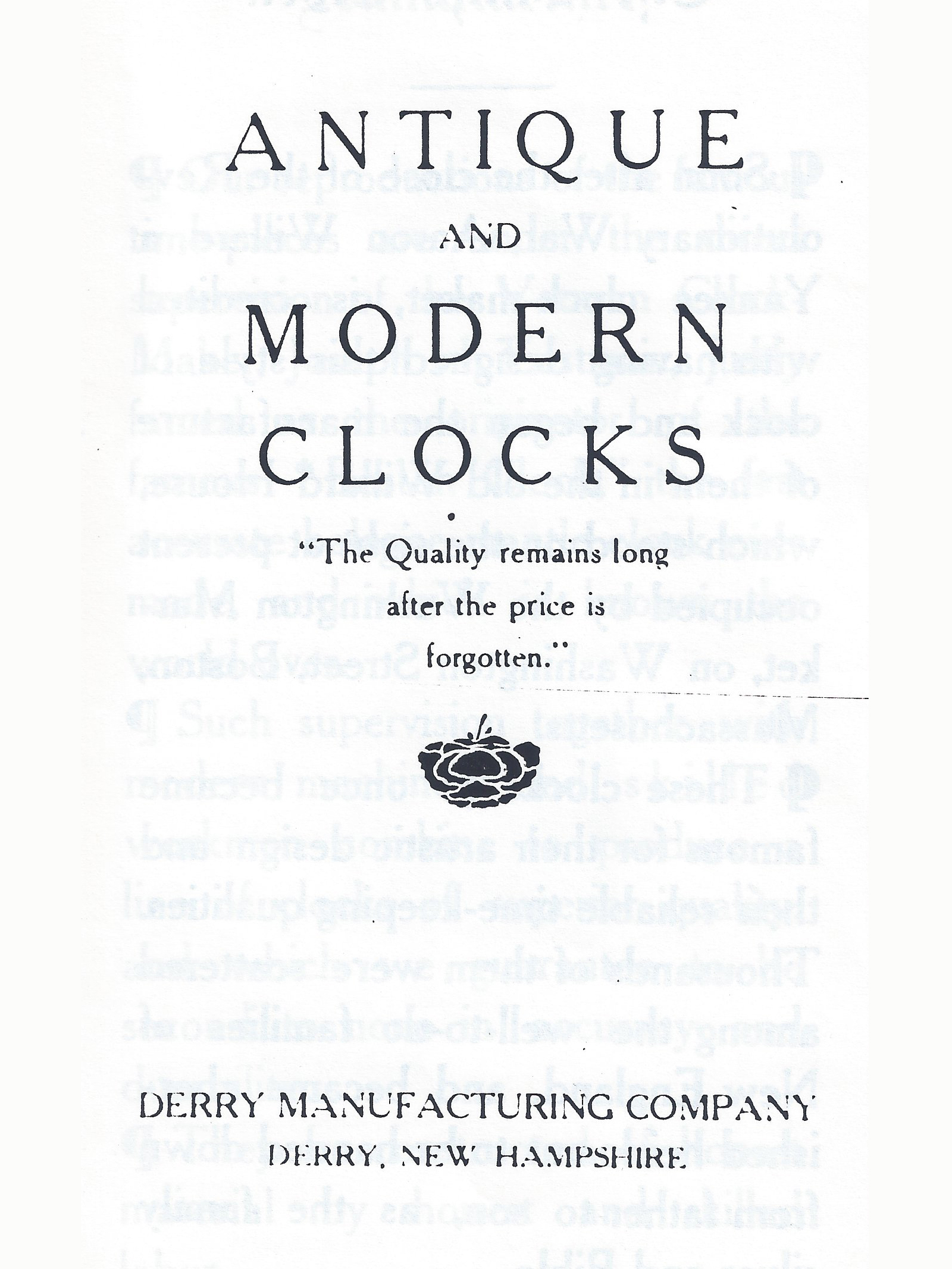 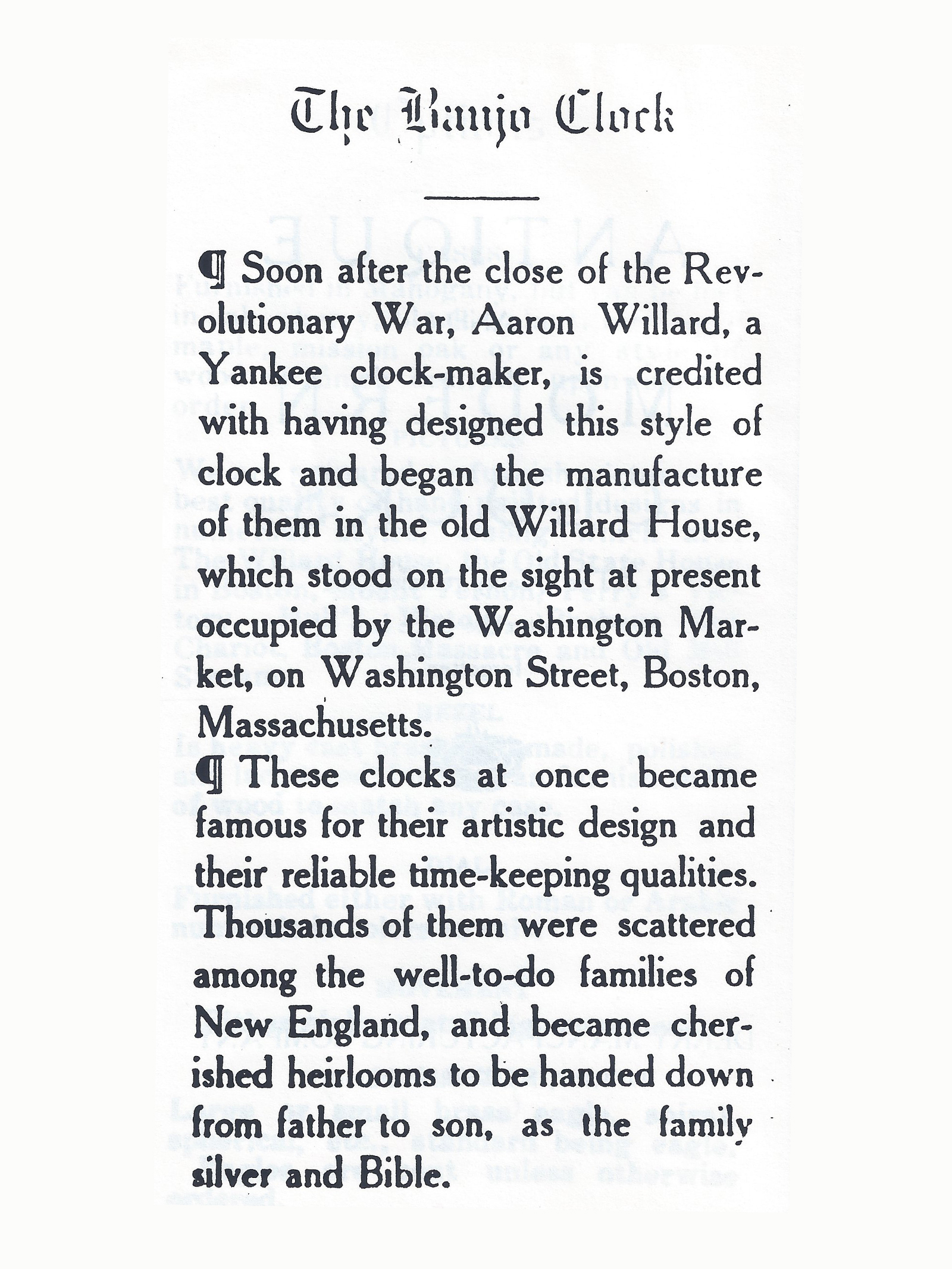 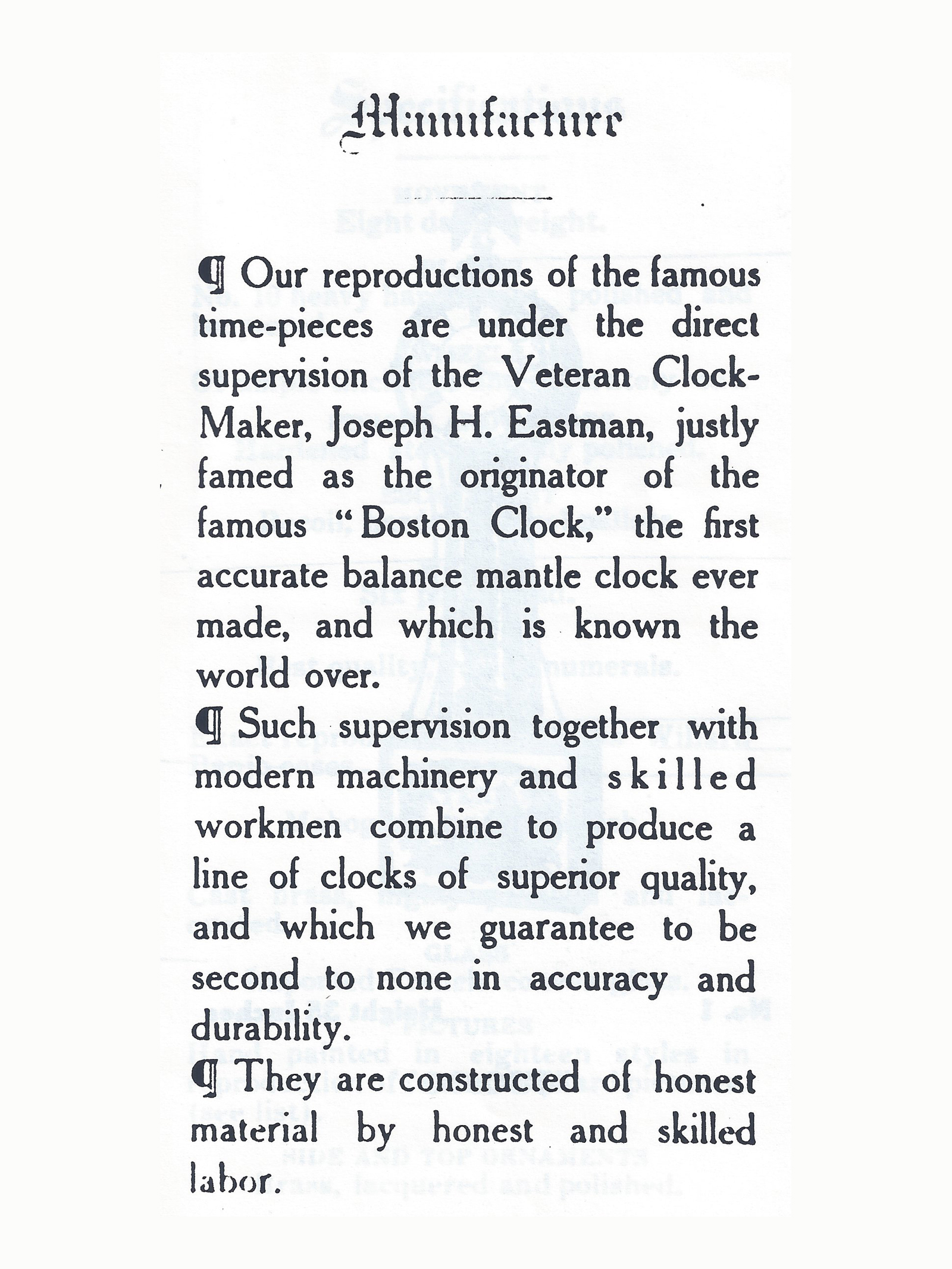 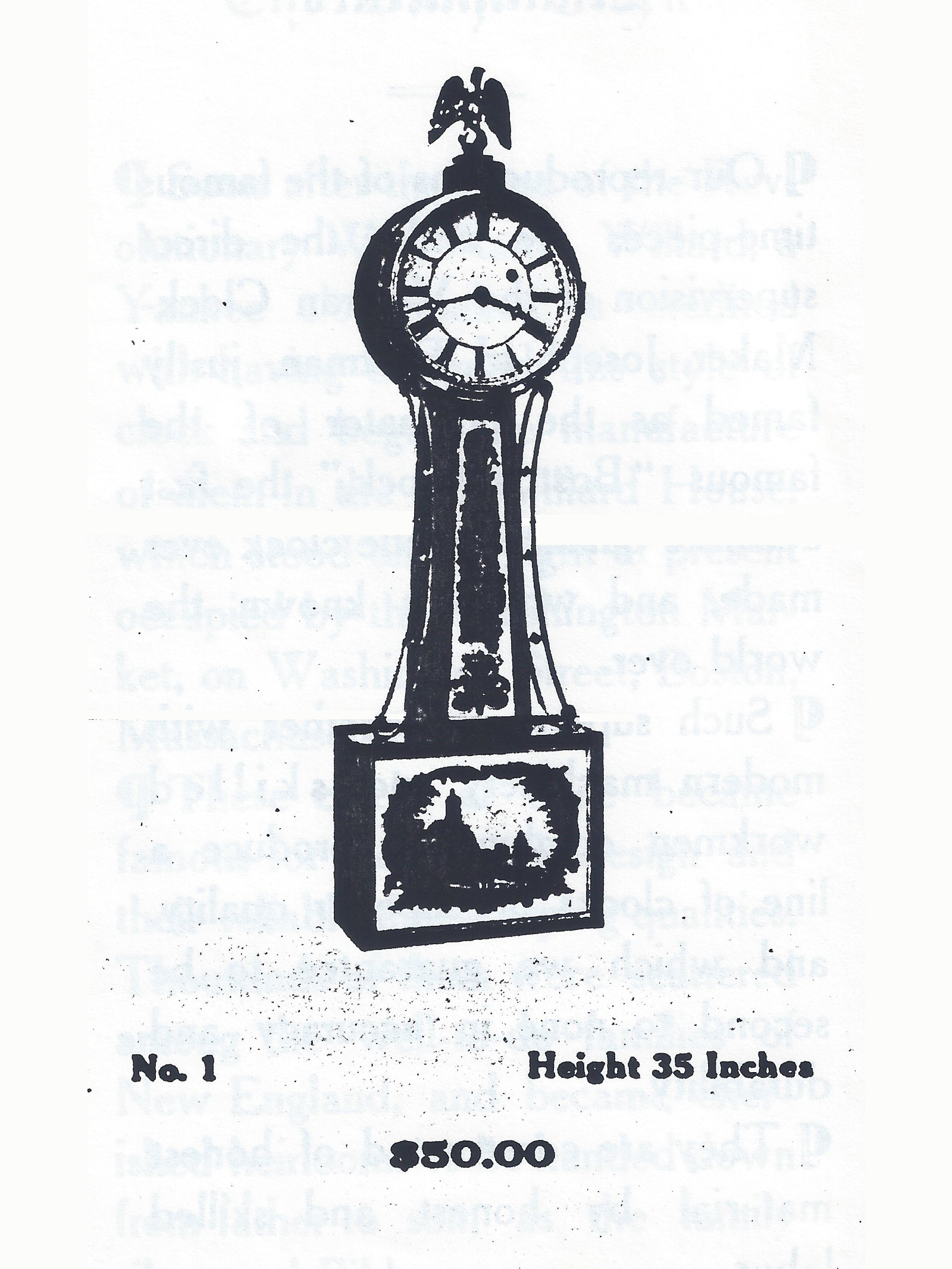 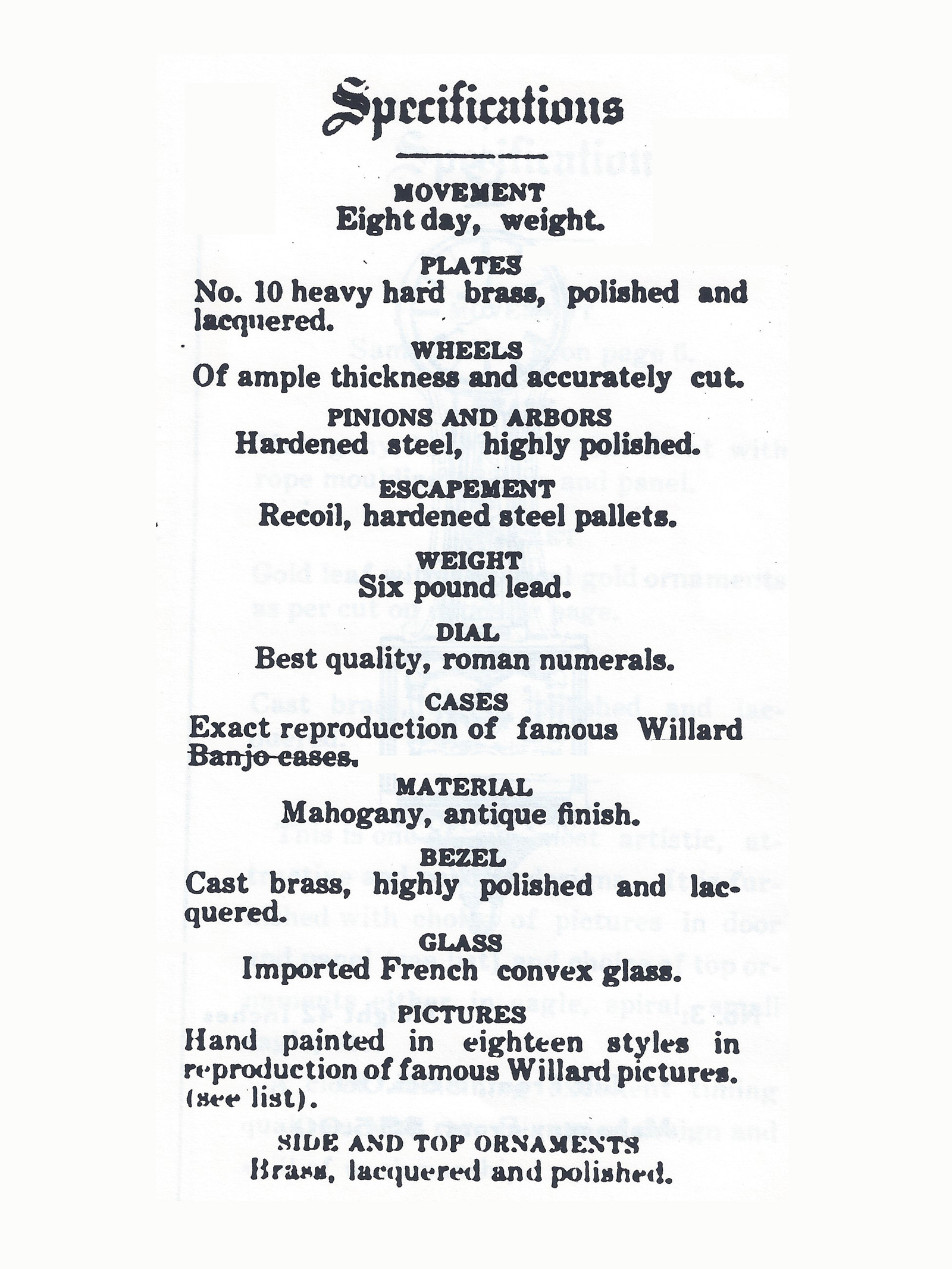 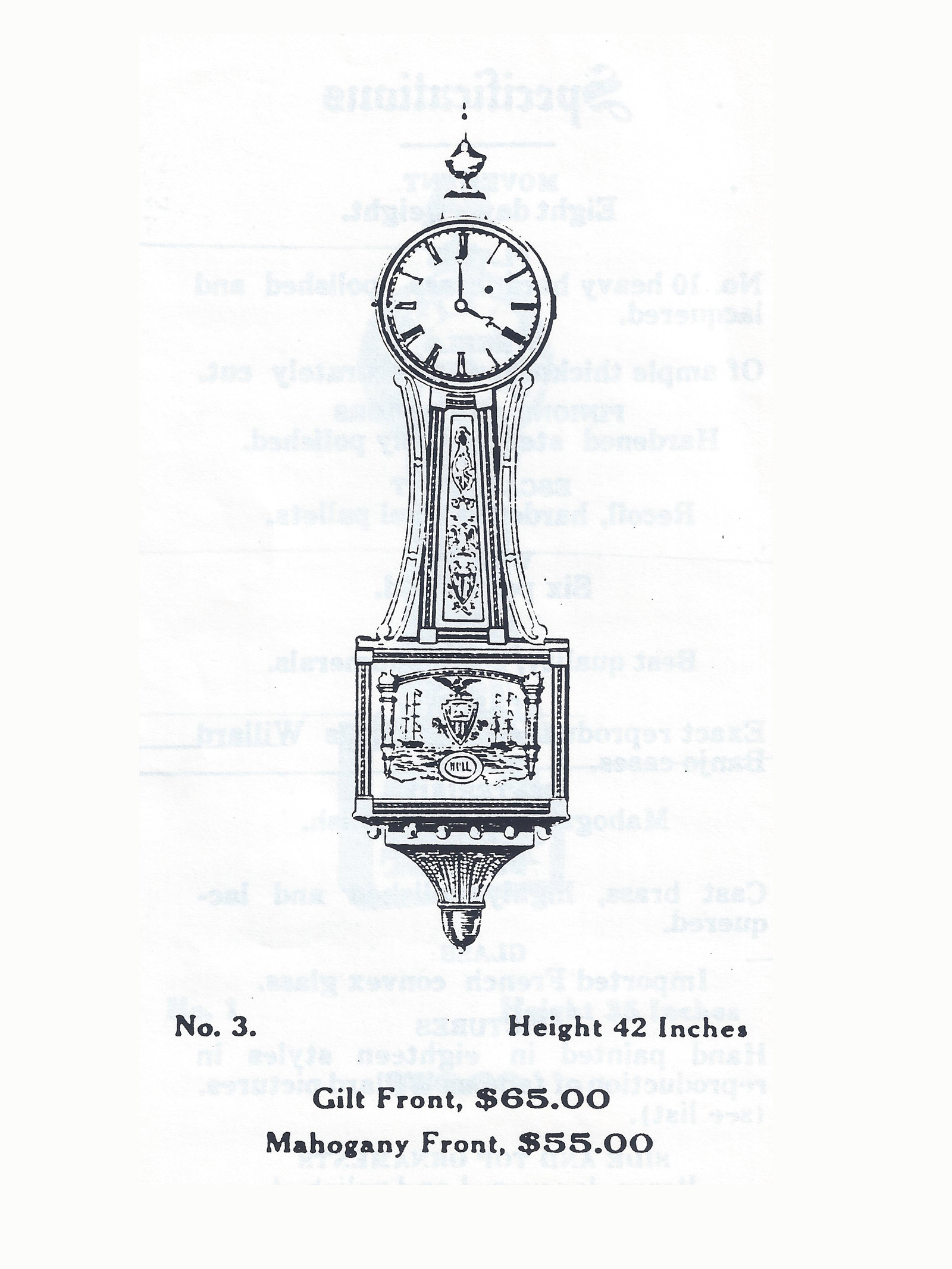 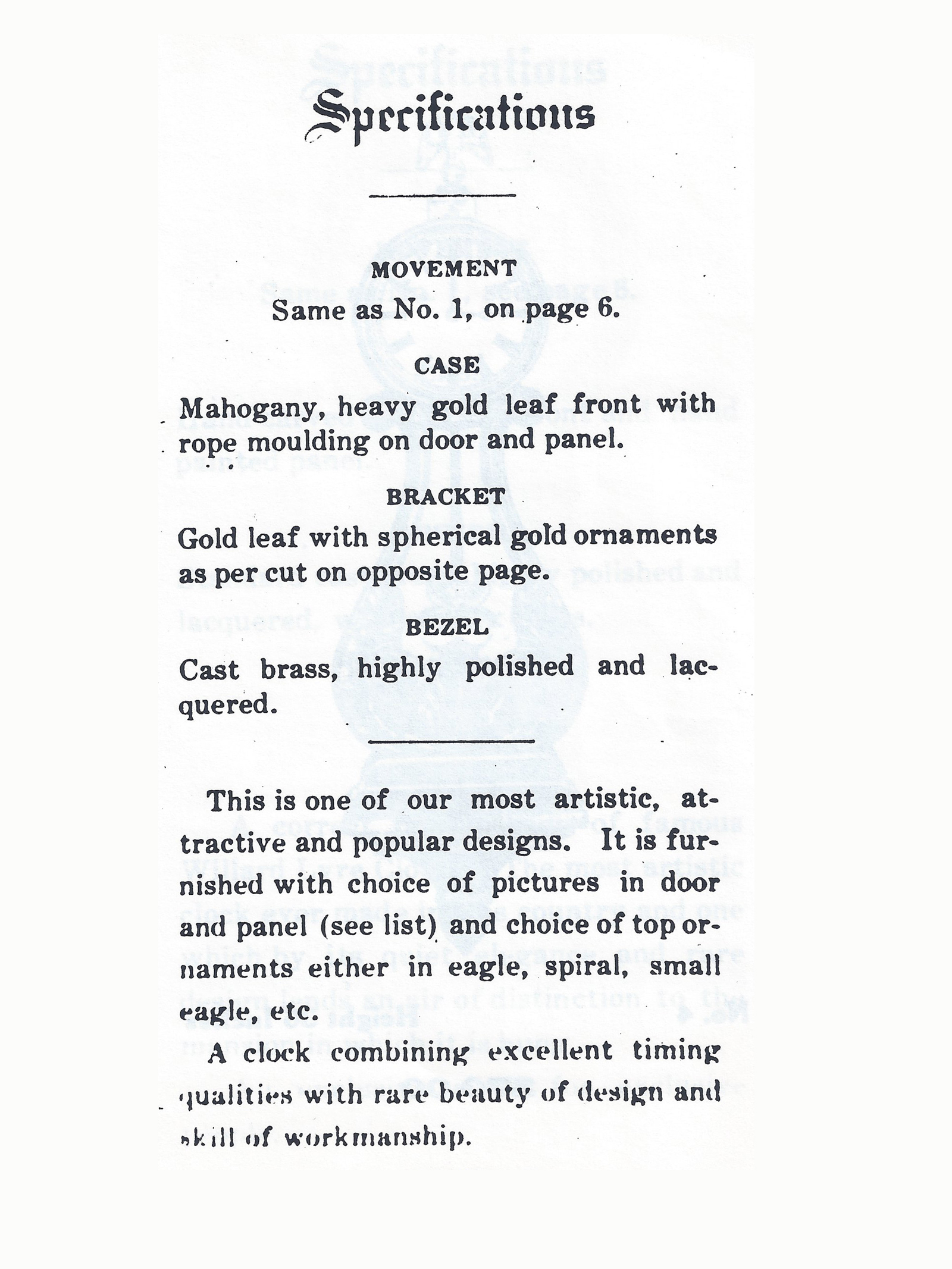 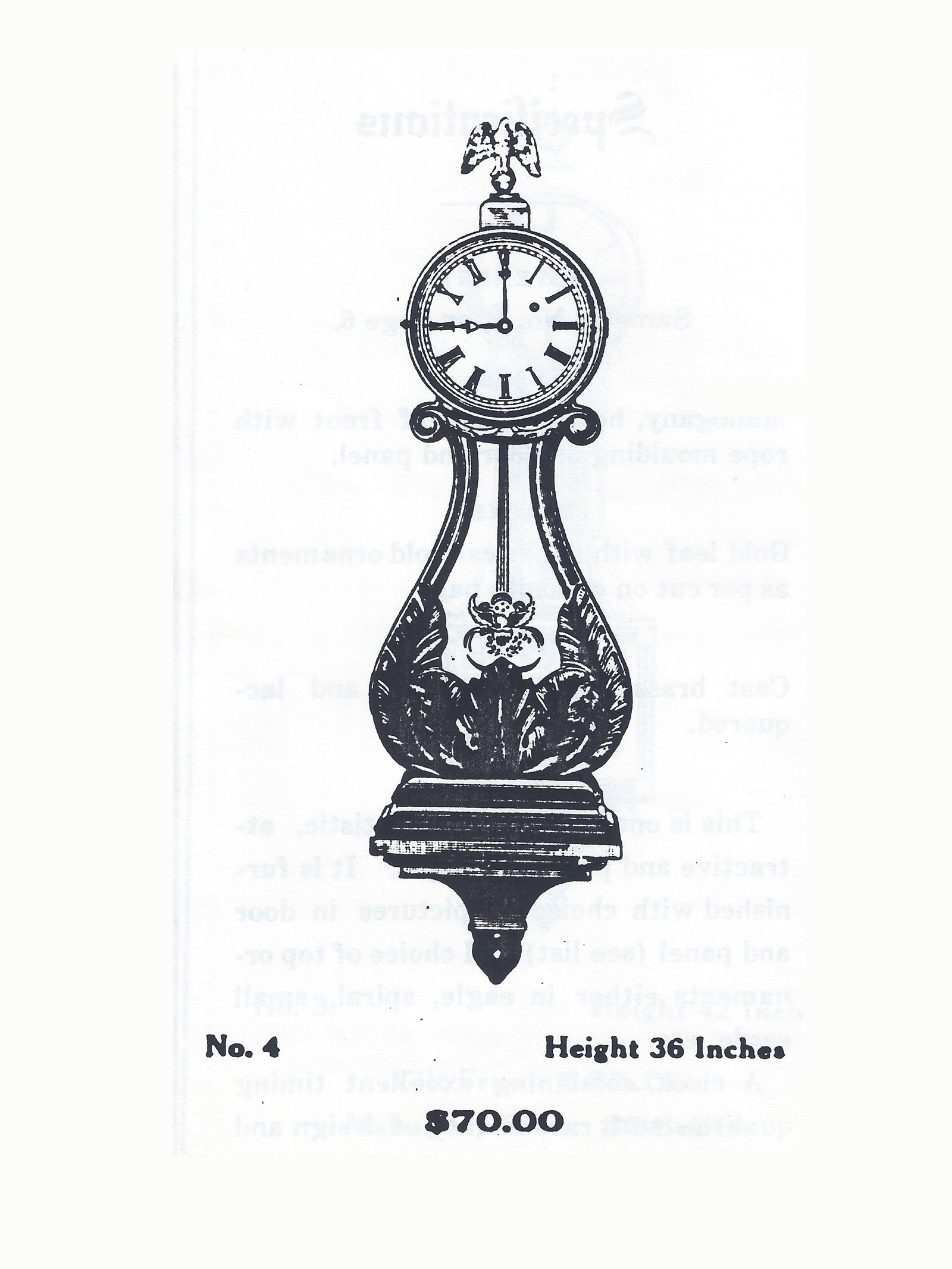 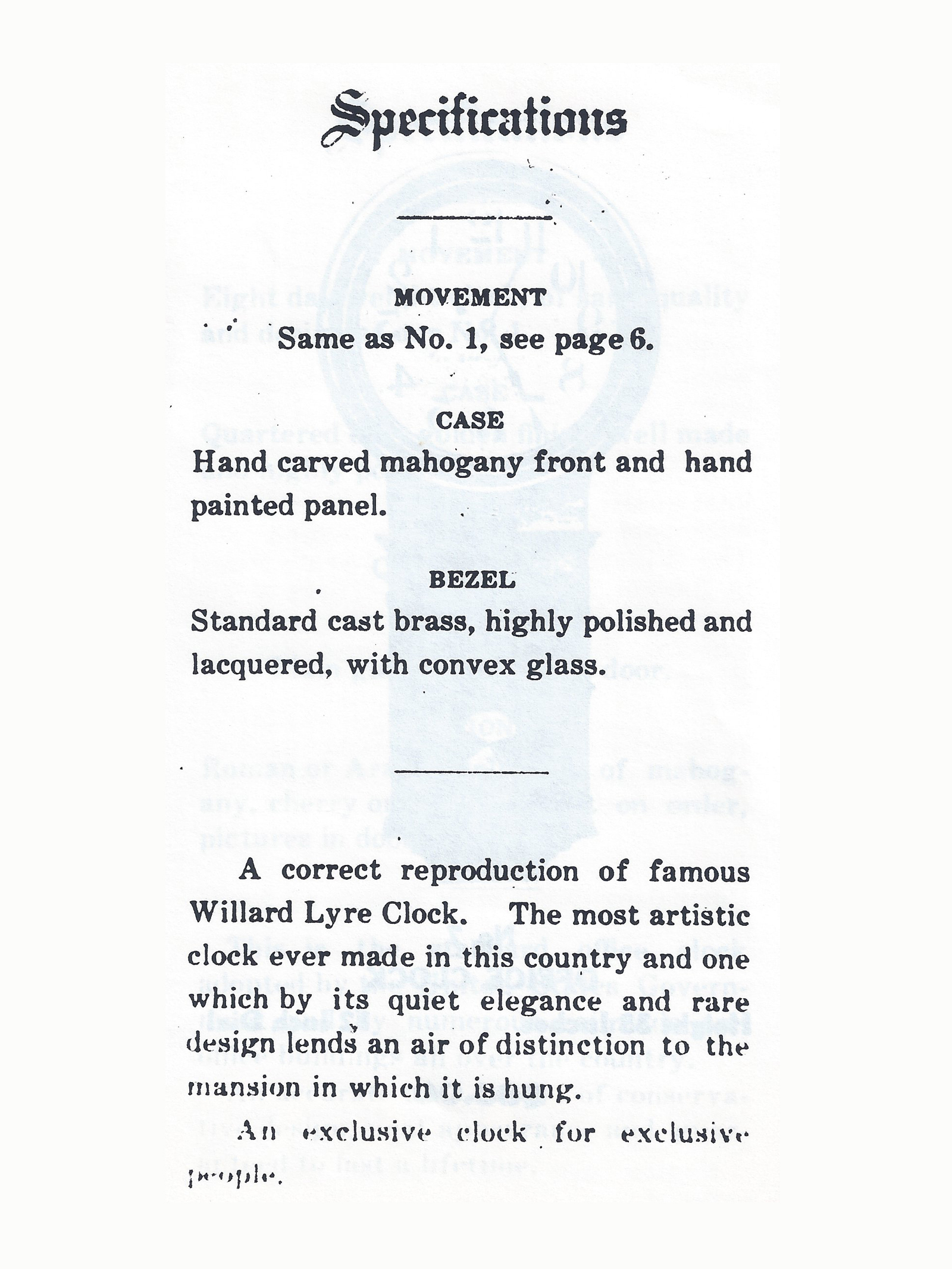 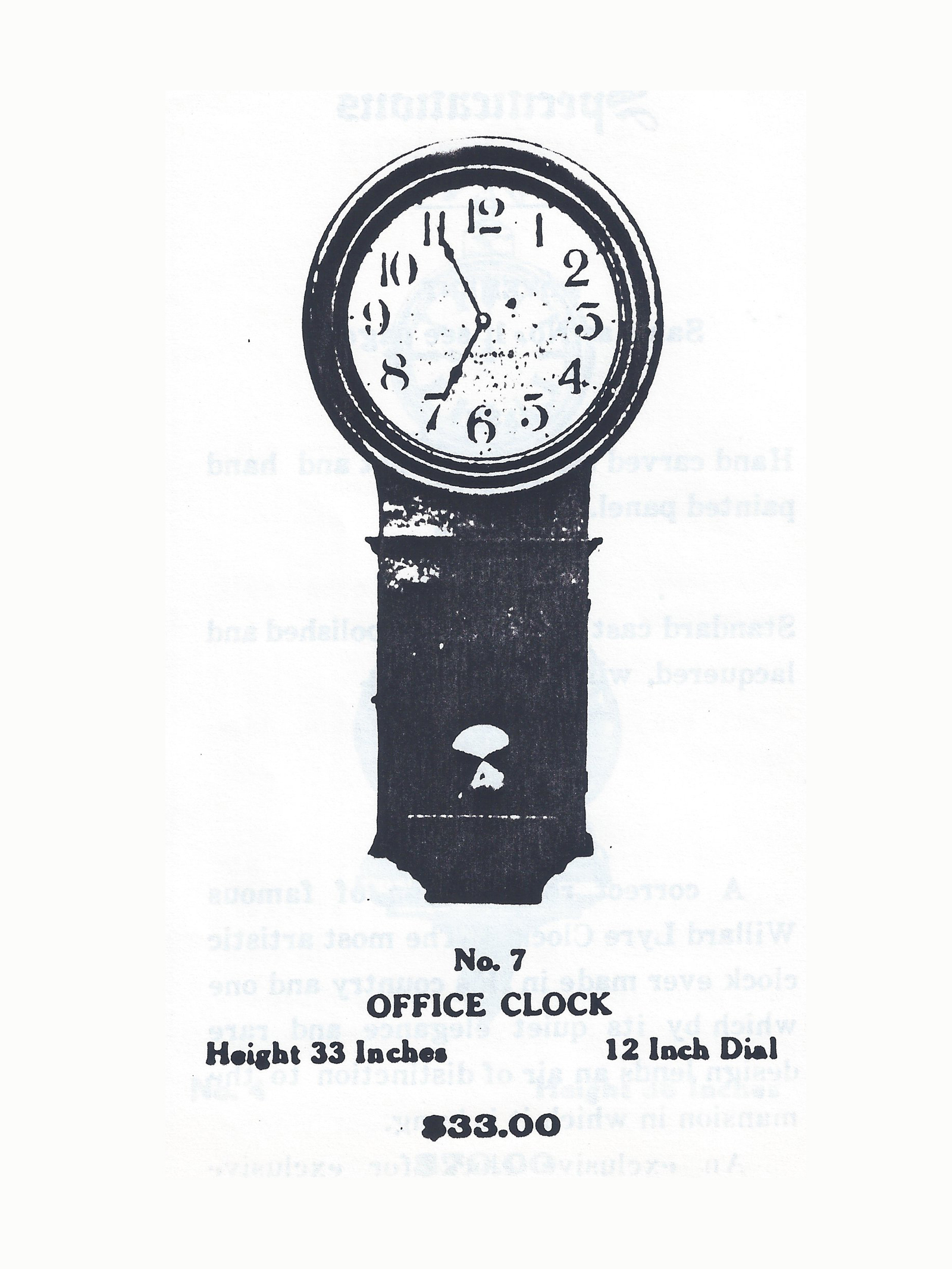 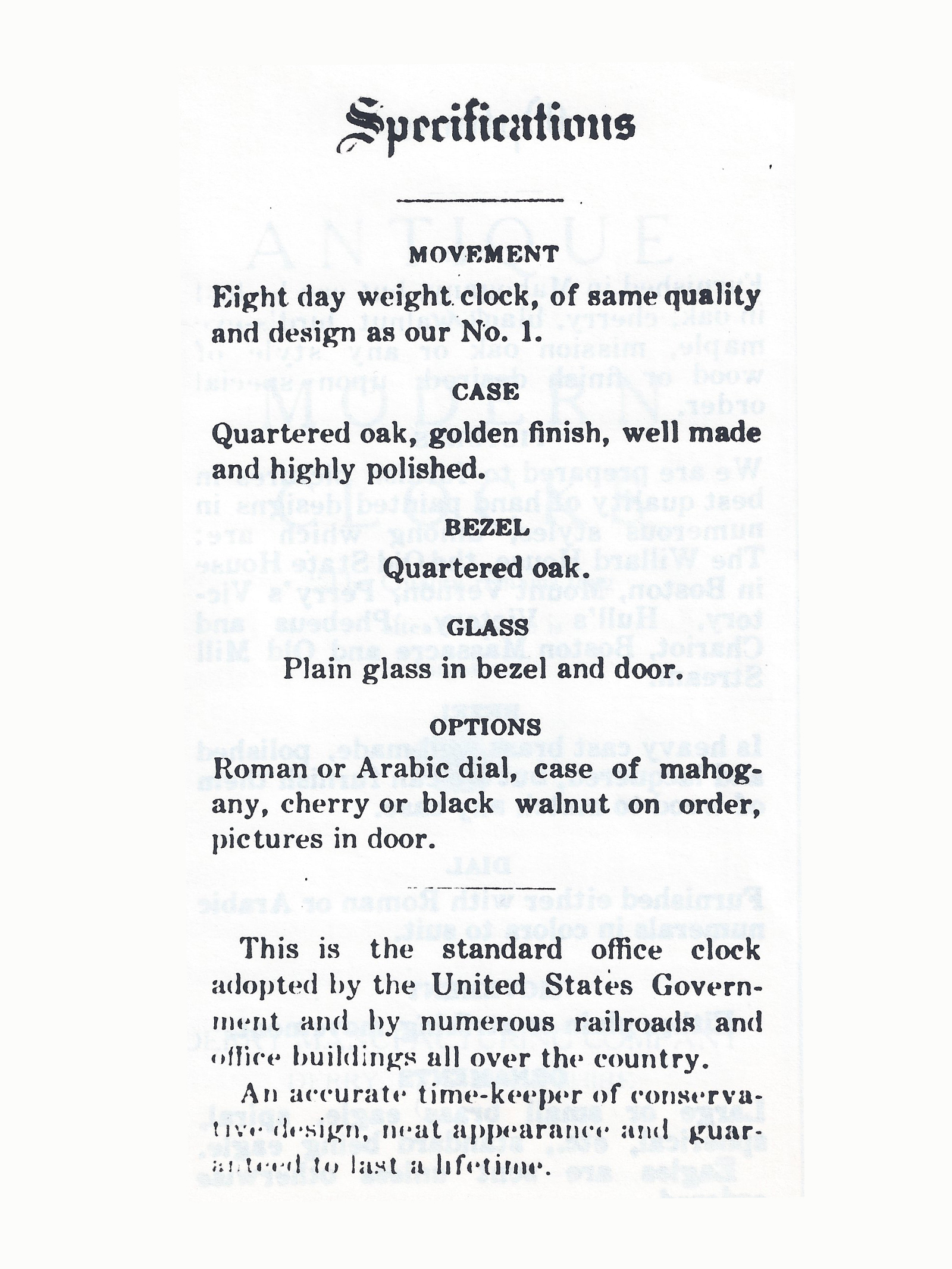 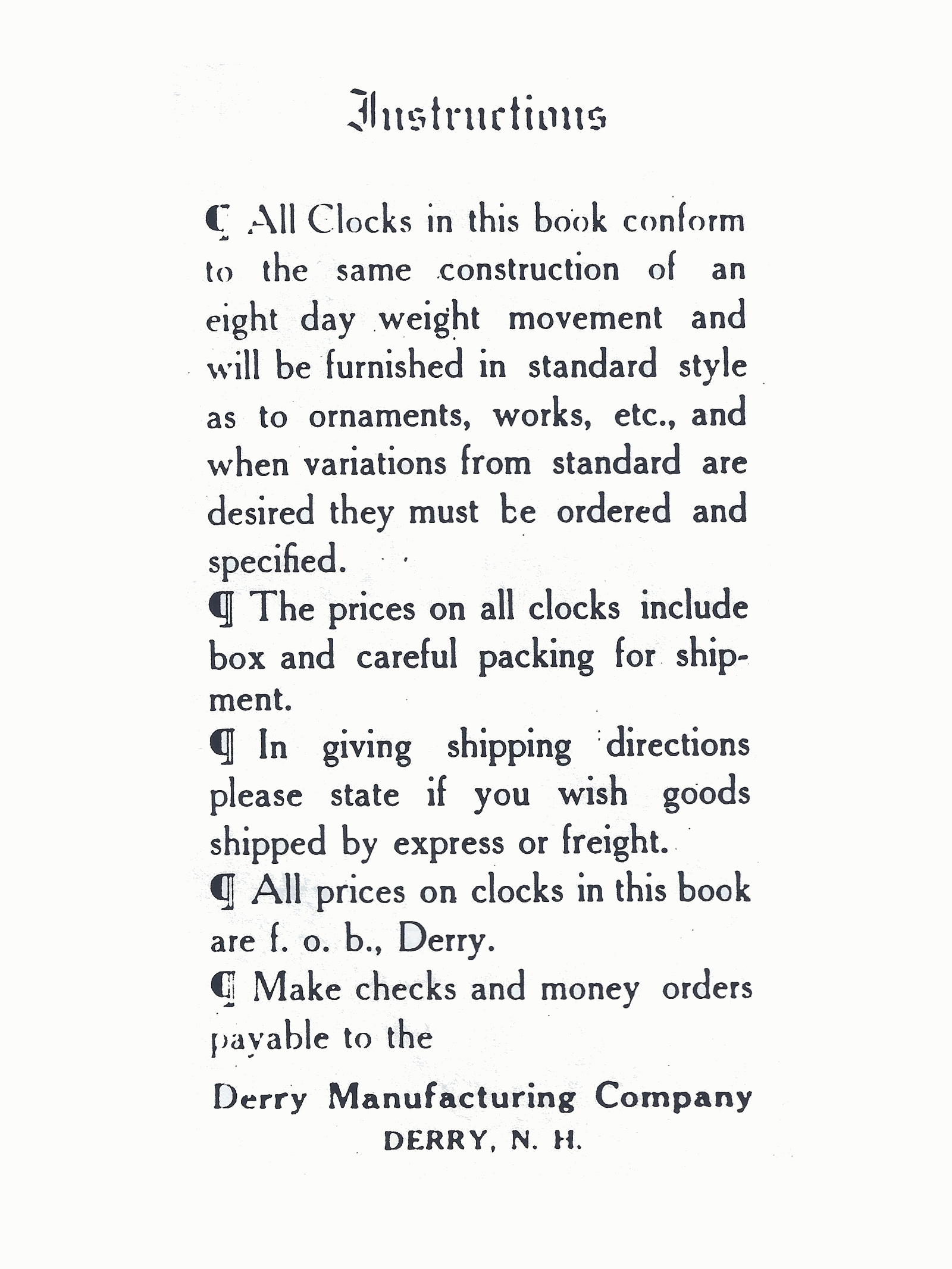 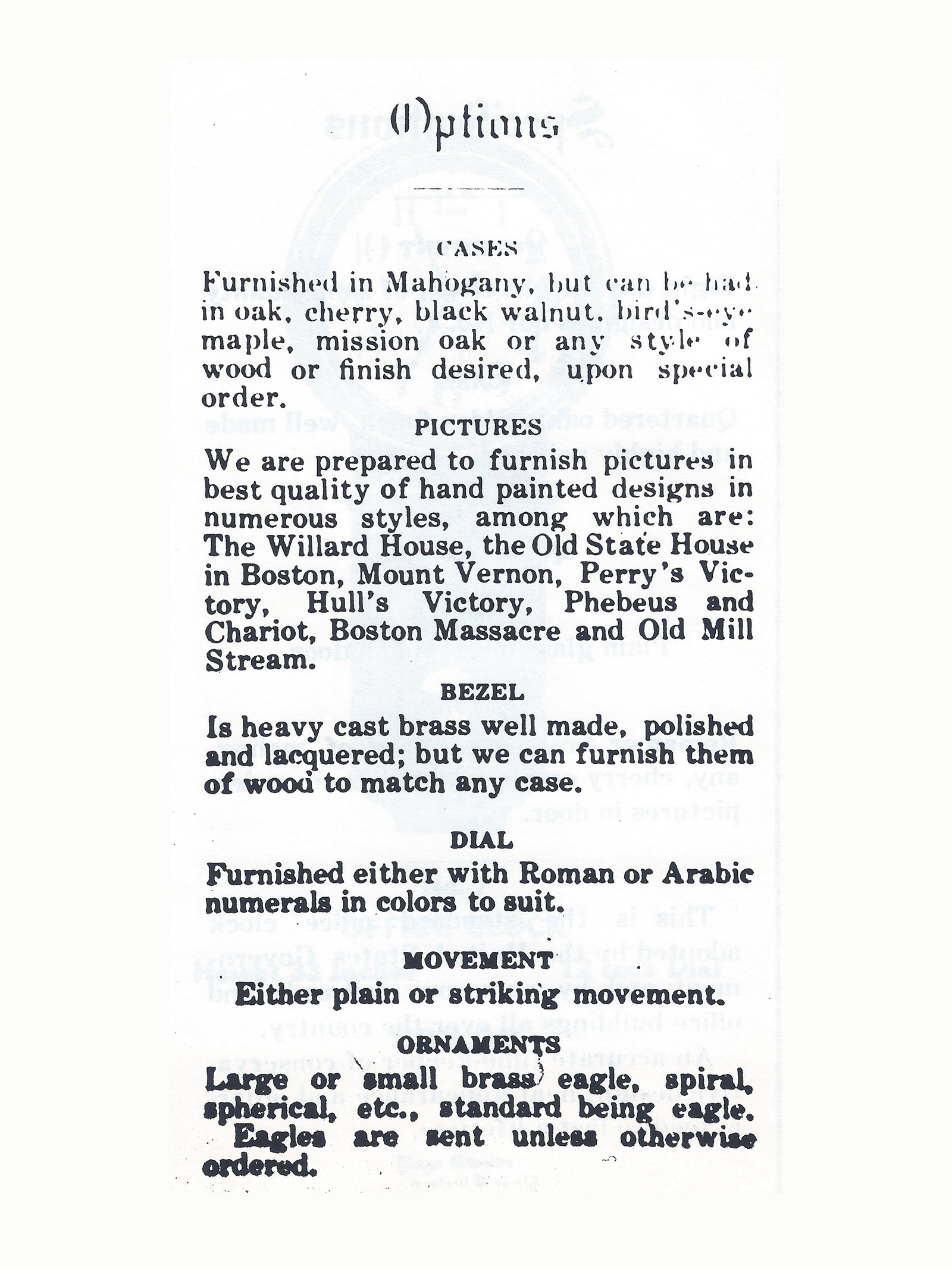