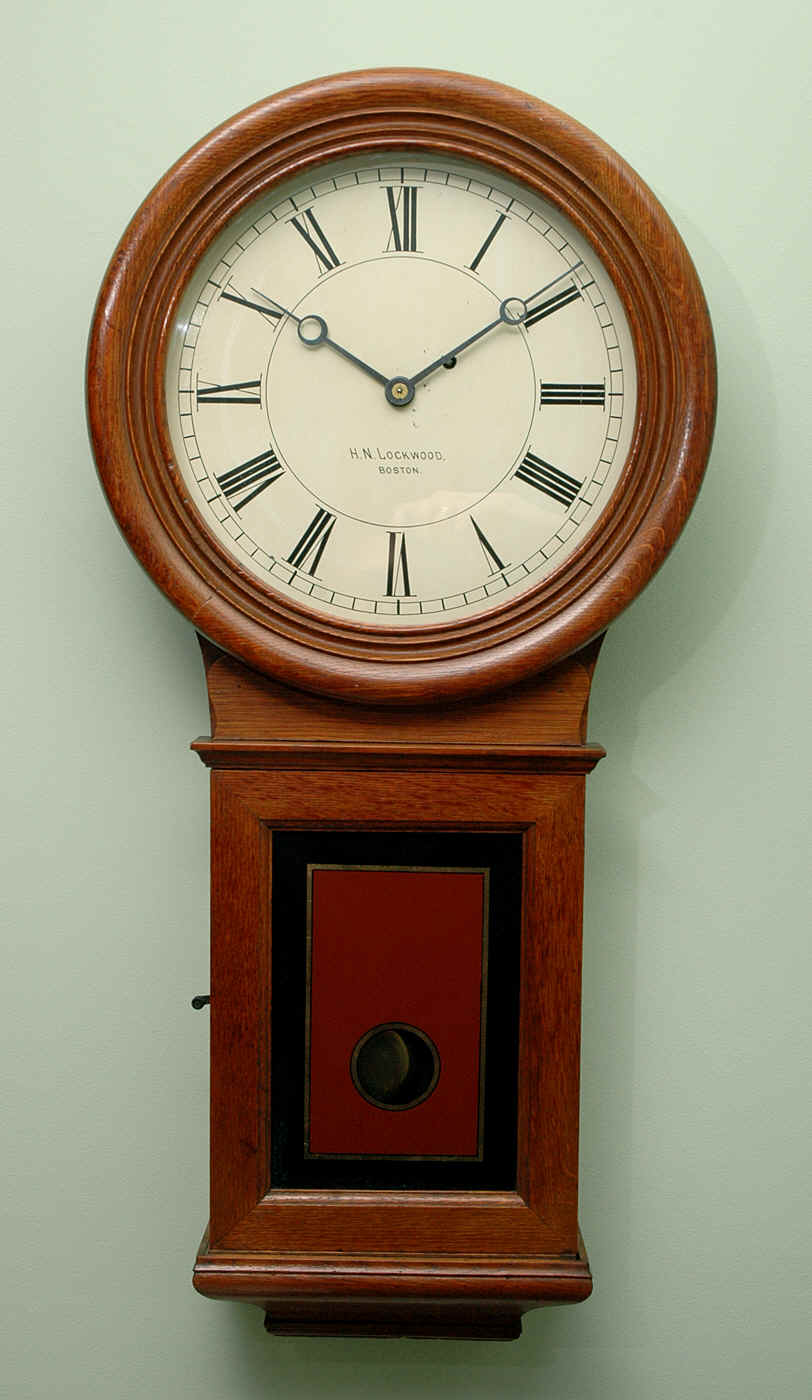 Eastman regulator, circa 1896. Factory records show that the first clock sold by Fairhaven MFG Co. was a regulator clock marked "H. N. Lockwood, Boston", exactly like this clock. The movement in this clock is not signed, which is quite unusual for a product of Joseph Eastman 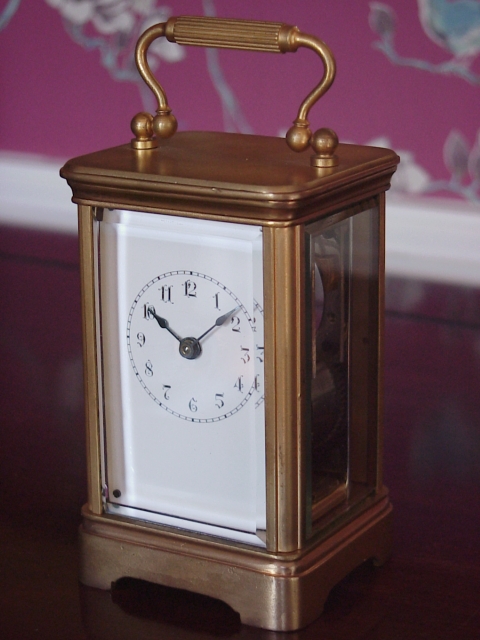 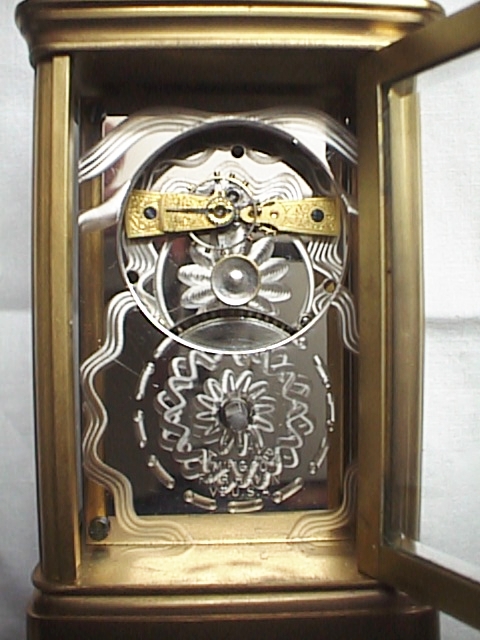 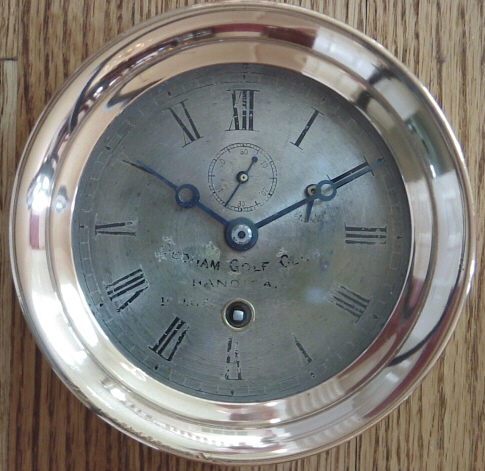 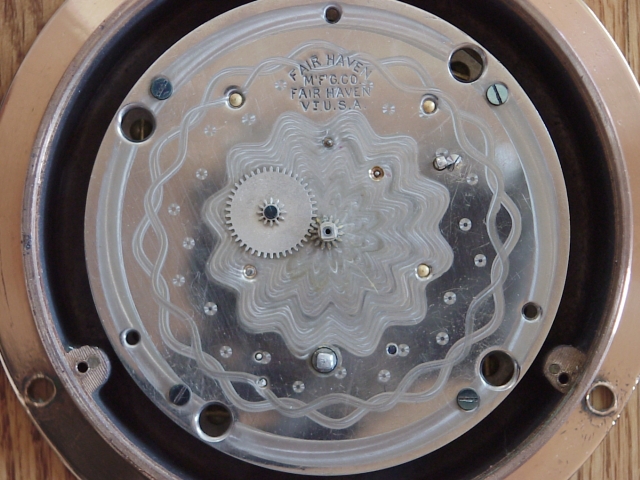 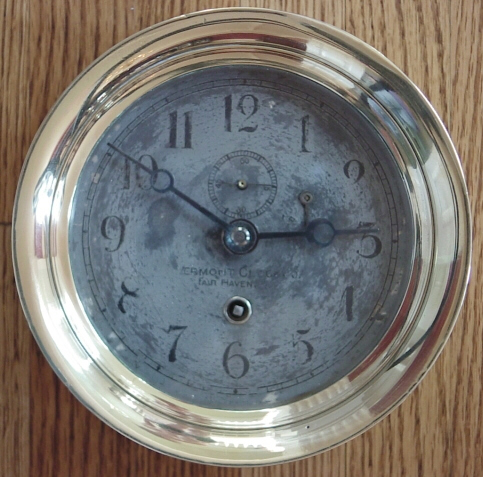 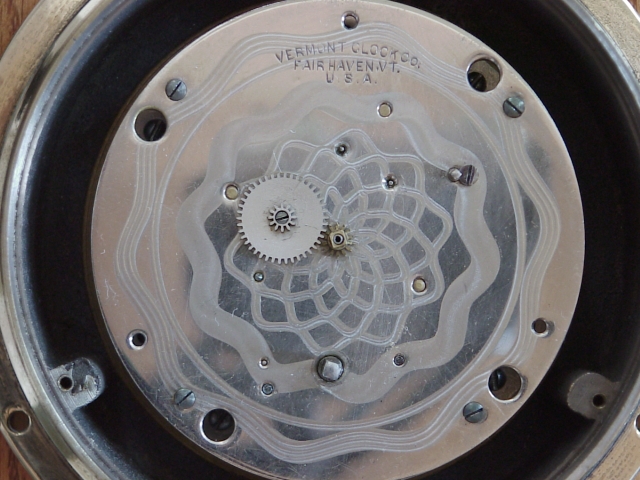 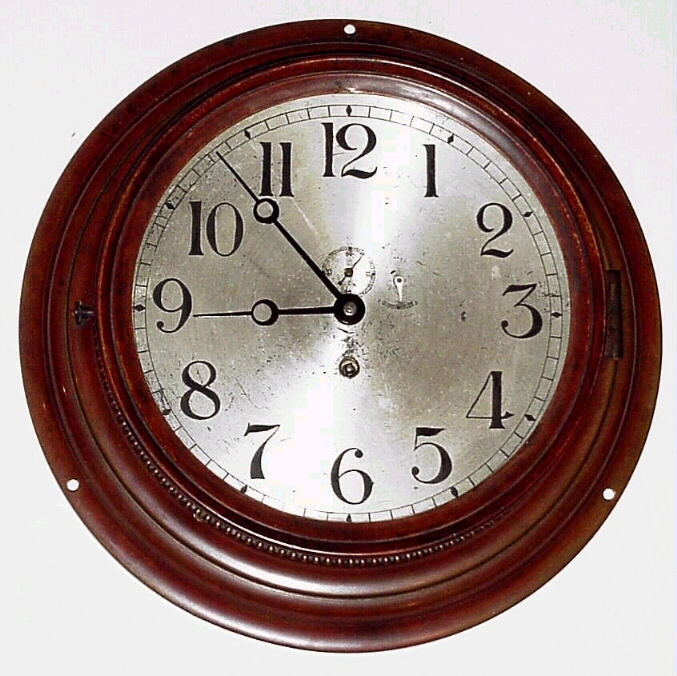 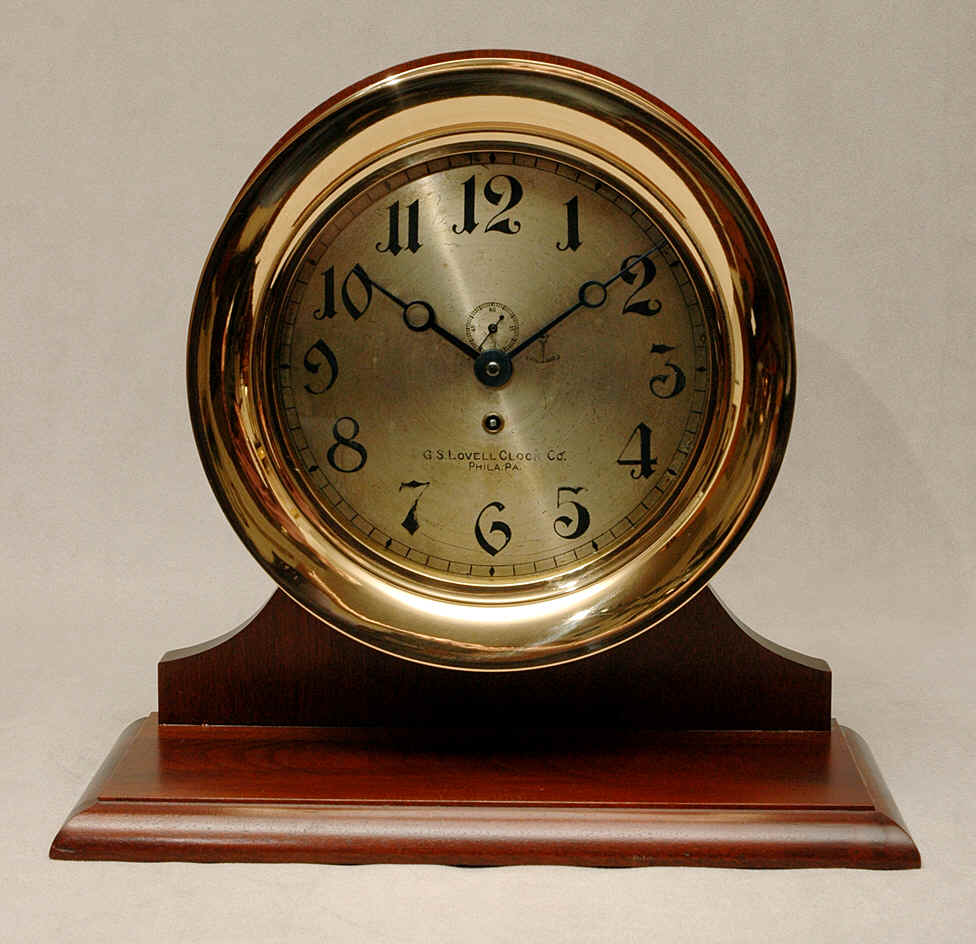 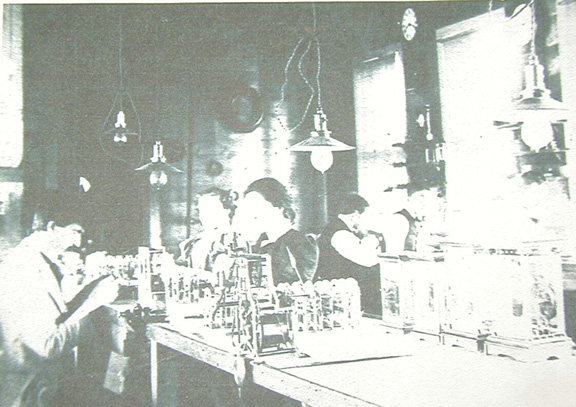 To date, this is the only known photograph of Joseph Eastman's clock production. It is believed to have been taken at the Vermont Clock Company, circa 1900. This photograph includes street clock movements, crystal regulators, a wooden octagon wall clock, all offered in their catalog of 1900, and the shop regulator, type unknown. Hidden behind the electric light on the far right is a banjo clock, also known to have been produced in Fairhaven. The names of the persons shown are unknown. 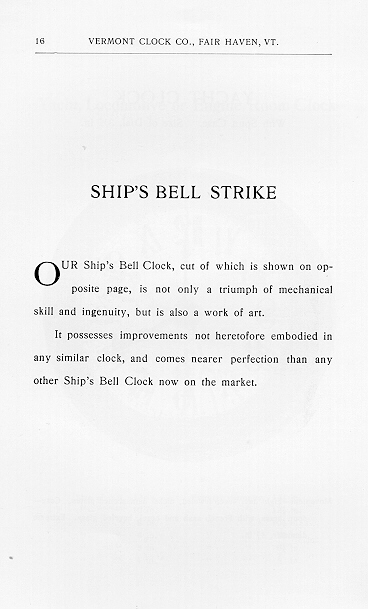 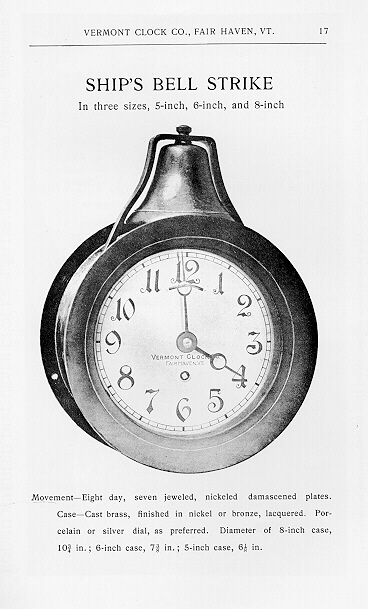 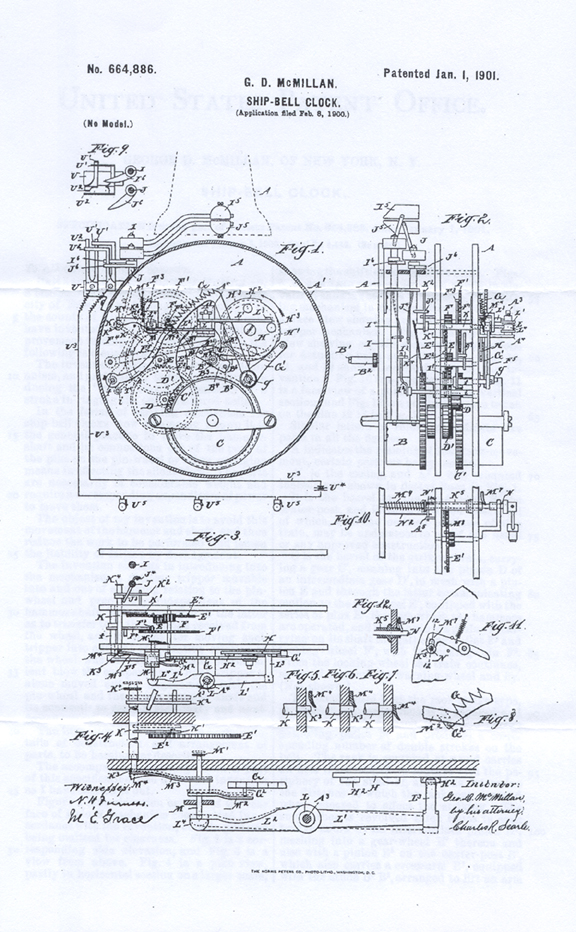 Pages 16 and 17 from Vermont Clock Co. catalog of 1900, single arbor tandem wind movement and McMillan's patent #664,886. No examples marked Vermont Clock Co. are known to exist. It is with certainty, that this tandem wind ship's bell clock shown here has a Boston Clock Company movement and is the movement shown in McMillan's patent document of 1901. Of interest is the fact that this patent document also includes an attachment for a remote bell setup.  The patent document shows three bells and a battery.  Known examples of this clock with movements marked Vermont Clock Company have side by side arbors, in the style of Chelsea ship's bell clocks. This is one of three known clocks. 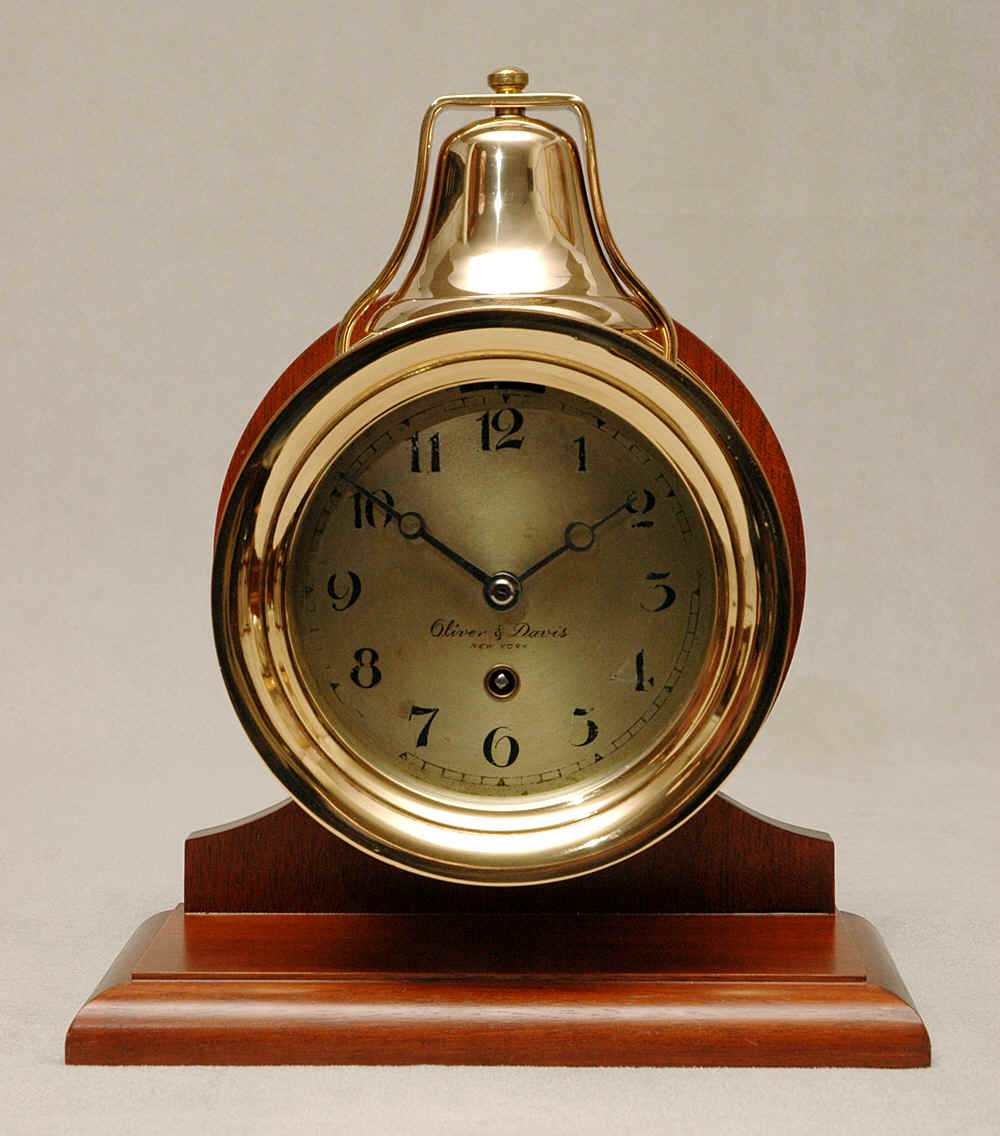 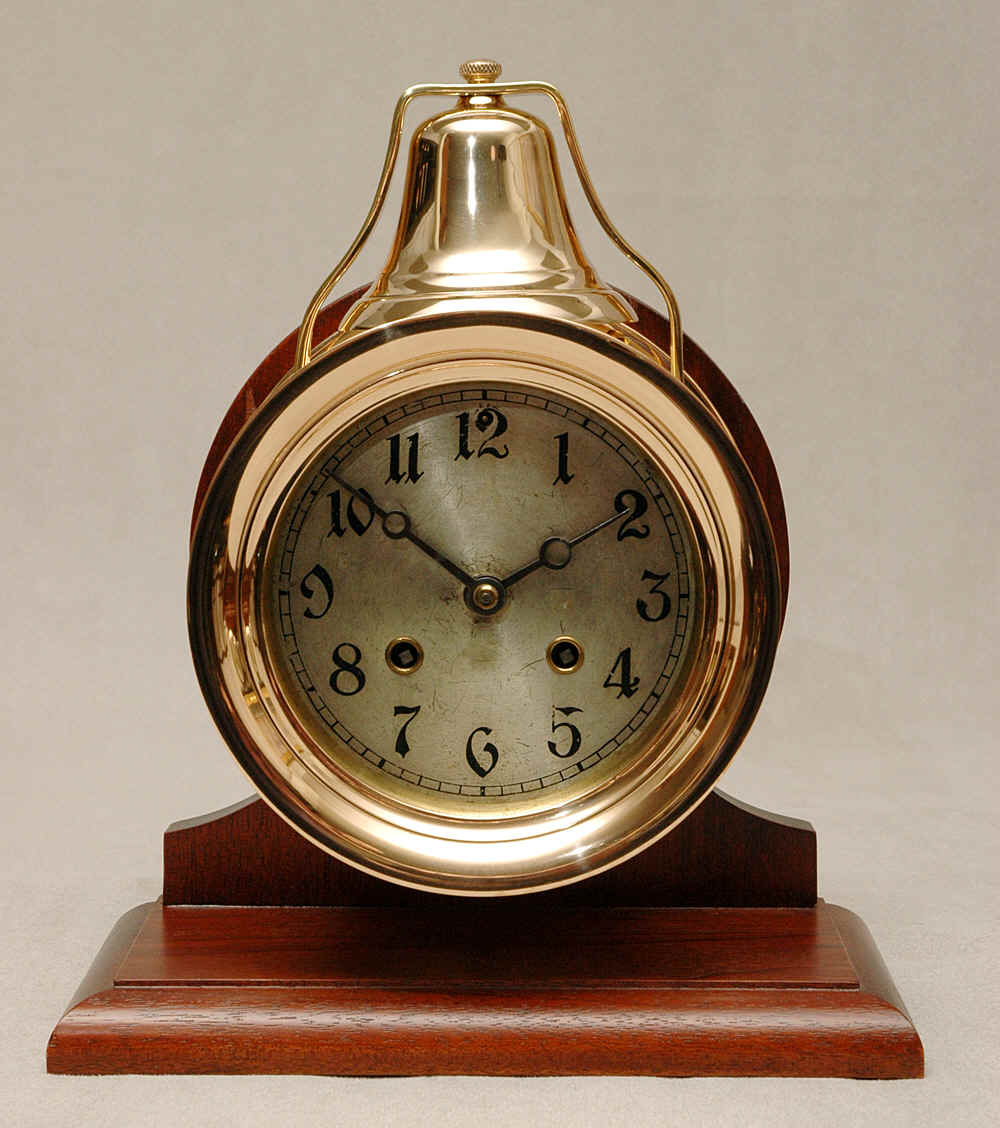 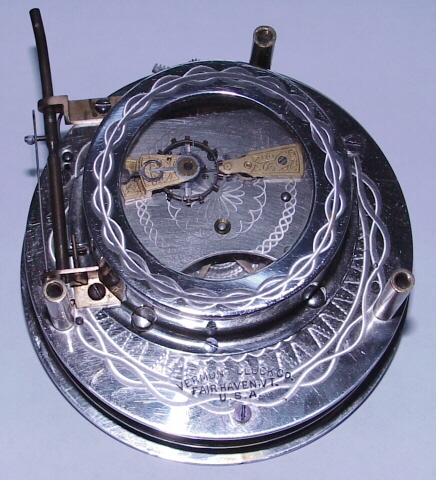 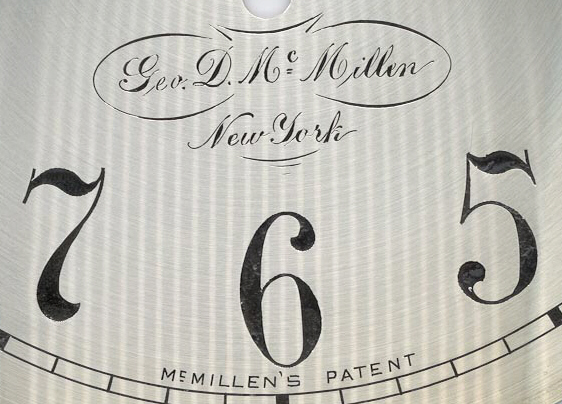 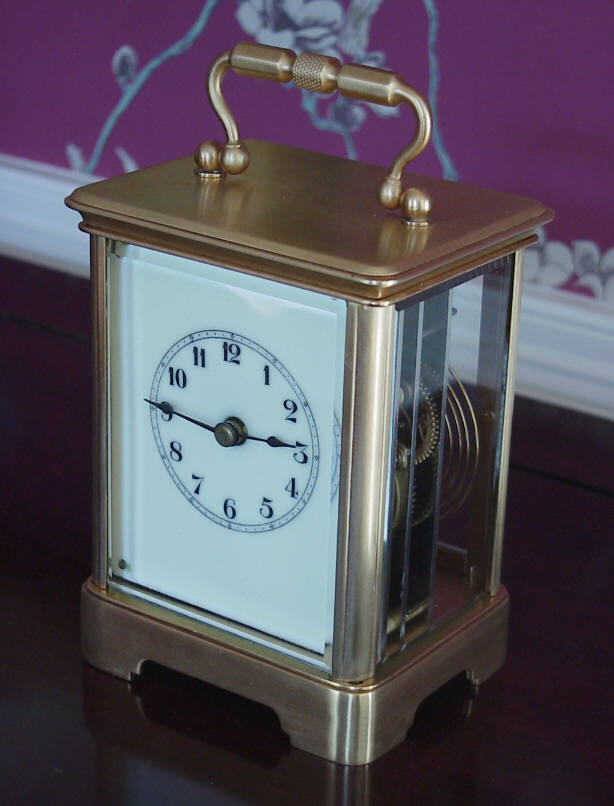 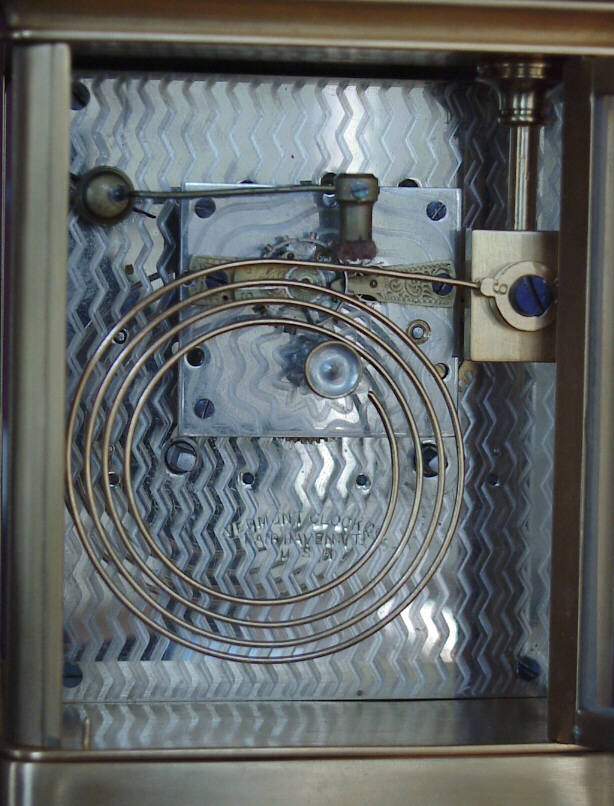 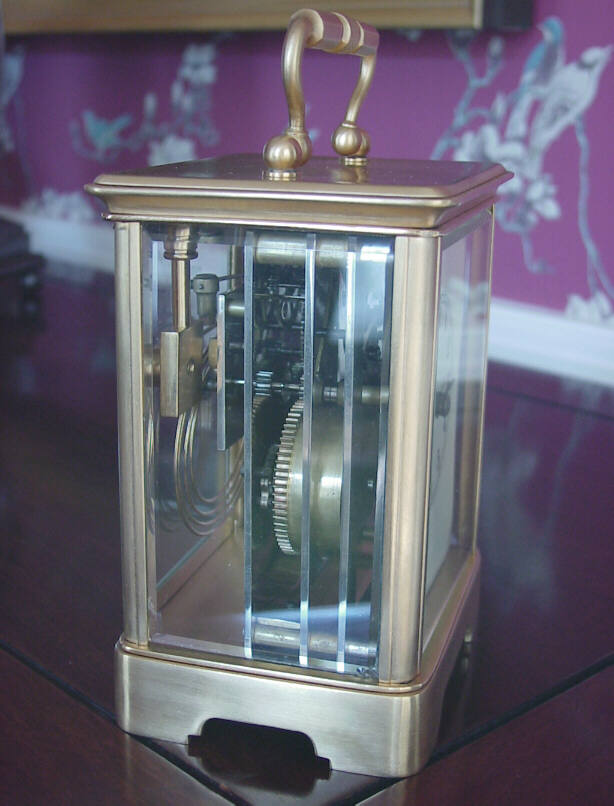