By the year 1911, Chelsea Clock Company had been in business for 14 years and established themselves as the leader in high grade marine clock production.  Prior to 1911 it is unclear what time source Chelsea used as the time standard to regulate and time the thousands of marine clocks that were made each year.  From nearly the beginning of production in 1897 Chelsea had produced several models including the Pendulum #1 and, Regulators #3 and #5 which were extremely accurate clocks, but were not the equal of the precision regulators produced by such makers as E. Howard & Co., Waltham Clock Company, and Seth Thomas Clock Company for use in astronomical observation and other such precision applications.

In the year 1911 it became clear that Chelsea wanted to prove that it had the expertise, to not only produce the finest marine clock in the world, but also had the in house talent to produce a precision regulator the equal of anything made at the time.   Why Chelsea chose to go to the expense of producing two, and only two, of the finest regulators ever made, when they could have easily purchased them from Howard, Waltham, or Seth Thomas, is intriguing.  Perhaps it was a demonstration of the skill of the Chelsea clock makers and engineering abilities of the Chelsea Clock Company or maybe it was just a simple matter of pride or economics.

Not only did Chelsea produce two magnificent precision regulators for use at the factory, they designed these two clocks serial numbers 77124 and 77125 in very different cases and dial layouts.  Clock #1, 77124, is cased in a fine mahogany case and something that would be found in the finest jewelry store of the time.  The dial is a standard 12 hour type with an oversized seconds orbit on the top half of the dial.  Clock #2, 77125, is housed in a laboratory style case with an astronomical dial with orbits for hours and seconds on the top and bottom of the dial and a central minutes orbit.  Both clocks have an extremely fine nickel plated steel four jar mercury temperature compensating pendulum.  Both clock movements and pendulums were identical with the exception of the dial motion works, drive weights, and the fact that clock #2 was fitted with a break circuit mechanism, most likely to control slave clocks in the factory.  By the year 1956 clock #1 was in a state of disrepair and a mute testimony to its' former precision.  However, clock #2 was still checked daily for accuracy using a short wave radio receiver to compare the clock to the United States Naval Observatory time signal.  Eight clock makers at the time compared their bench watches to clock #2 and regulated the factory production using this clock.

By 1972 both clocks had been replaced with more modern time references and had been relegated to the floor of the engineering department.  Two long time employees of Chelsea, John McCarthy and Donato Dibona were each given one of the regulators as an incentive for meeting production quotas in the early 1970s.  Dibona removed clock #1 from the factory and the clock was kept in his family for over 30 years.  McCarthy who was to have received clock #2 failed to take the clock prior to a change in ownership of the company and was subsequently prevented from claiming his prize.  Clock #2 remained at the factory and was returned to operation in the finishing room.  Clock #2 was sold at auction in 2003 by Chelsea owner Richard Leavitt to Andrew Demeter, author of "Chelsea Clock Company, The First Hundred Years" .  Demeter, with the help of Chelsea Master Clockmaker Leonard Taube, restored clock #2 and it was returned to the current Chelsea owner, J. K. Nicholas in 2006.  Clock #2 presently resides in the president's office at Chelsea Clock Company, where it ticks away the seconds as it has since 1911.  Clock #1 was restored in 2007 by Andrew Demeter and Leonard Taube and is now part of the Chelsea Clock Museum collection. 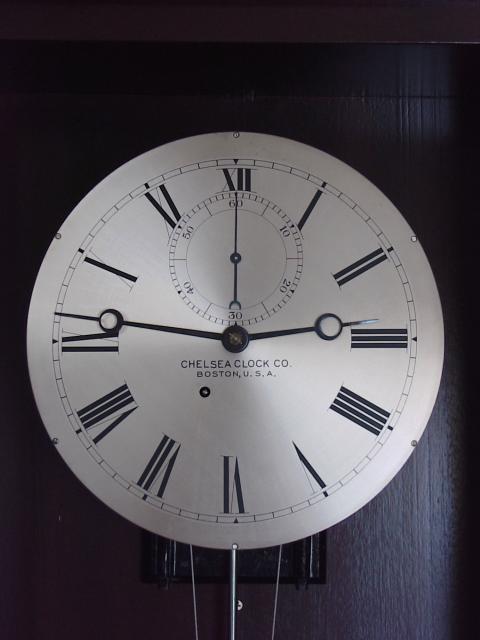 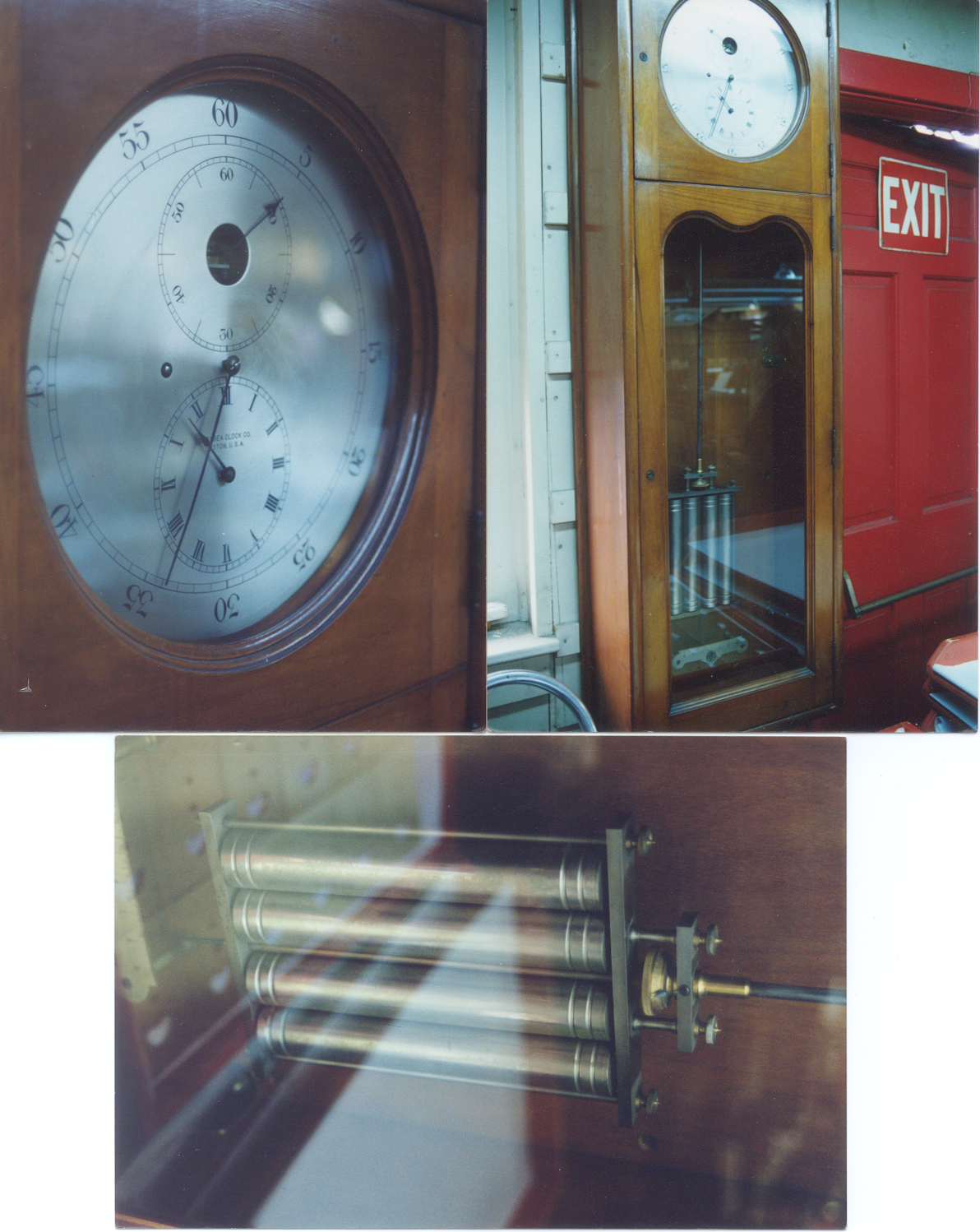