The U.S.S. Monitor made naval history when it fought the C.S.S. Virginia to a draw on March 9, 1862. This battle, the first of ironclad vessels, made all wooden warships in the world obsolete and ushered in the age of rotating gun turrets. The Monitor and Virginia never met again. The C.S.S.Virginia was blown up by her crew to avoid capture near Craney Island, Portsmouth, Virginia and the U.S.S. Monitor sank in 230 ft of water off the coast of Cape Hatteras on December 31, 1862 in a violent storm off Cape Hatteras, North Carolina. 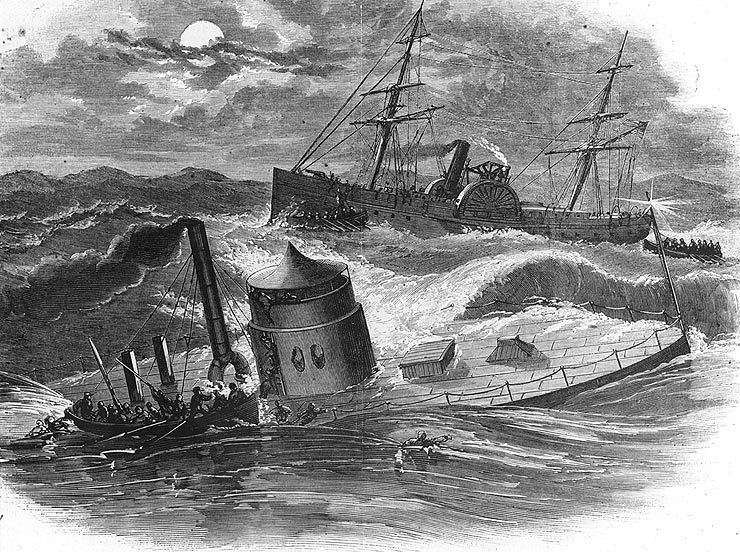 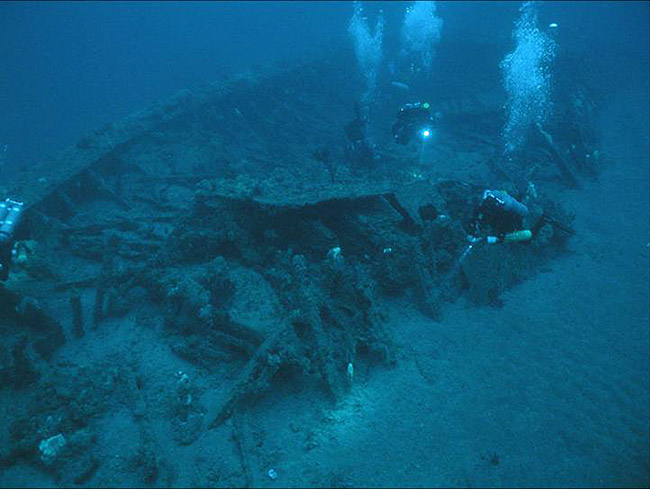 Some artifacts from the C.S.S.Virginia have been salvaged over the years but the wreck site is now covered by increasing amounts of dredge material as Craney Island has increased in size. The U.S.S. Monitor, however, and all her relics remained lost for nearly 140 years. Significant Monitor artifacts were recovered by U.S. Navy and National Oceanic and Atmospheric Administration personel in 2001 and for the last 9 years have been undergoing detailed research and extensive conservation at the Mariners' Museum, Newport News, Virginia 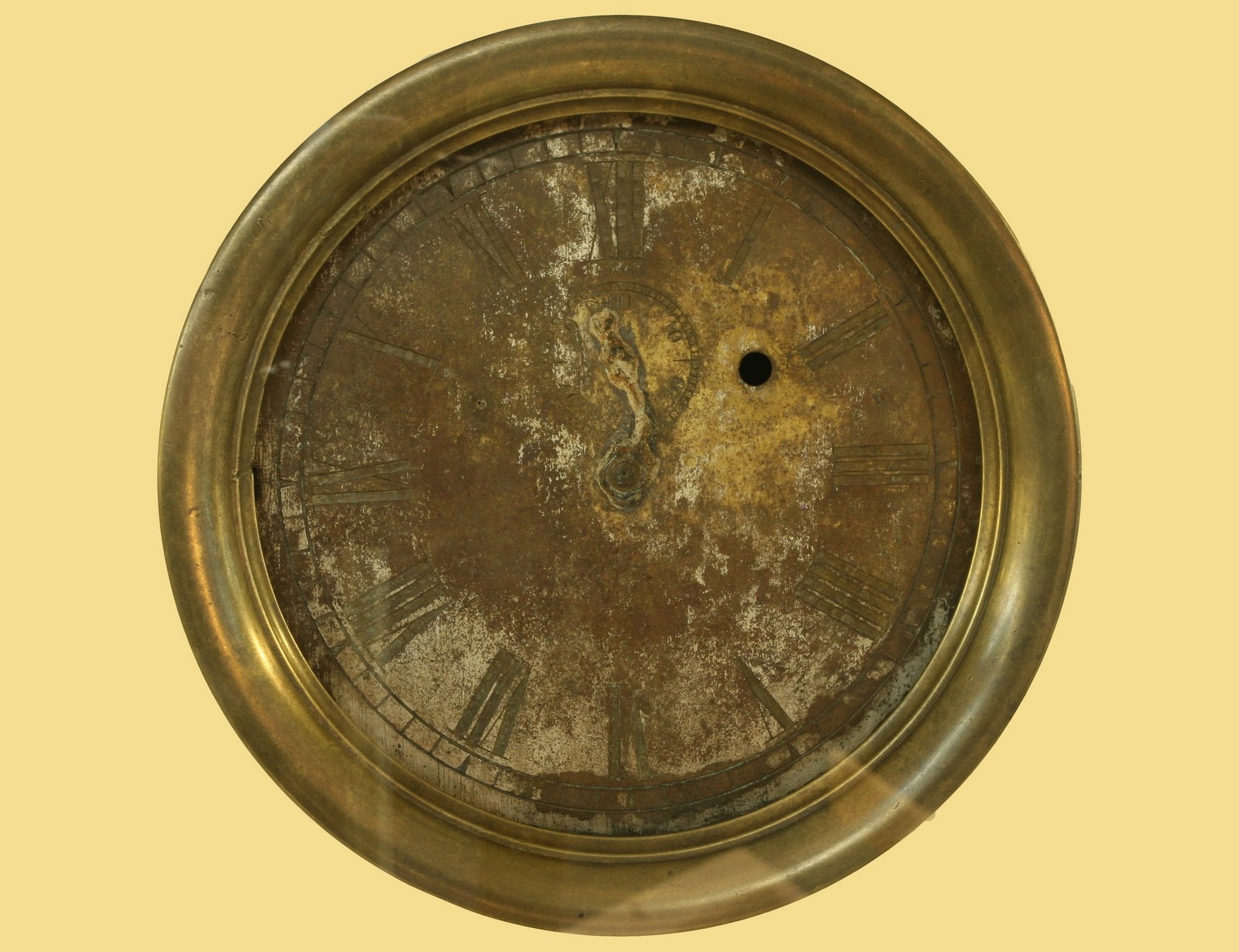 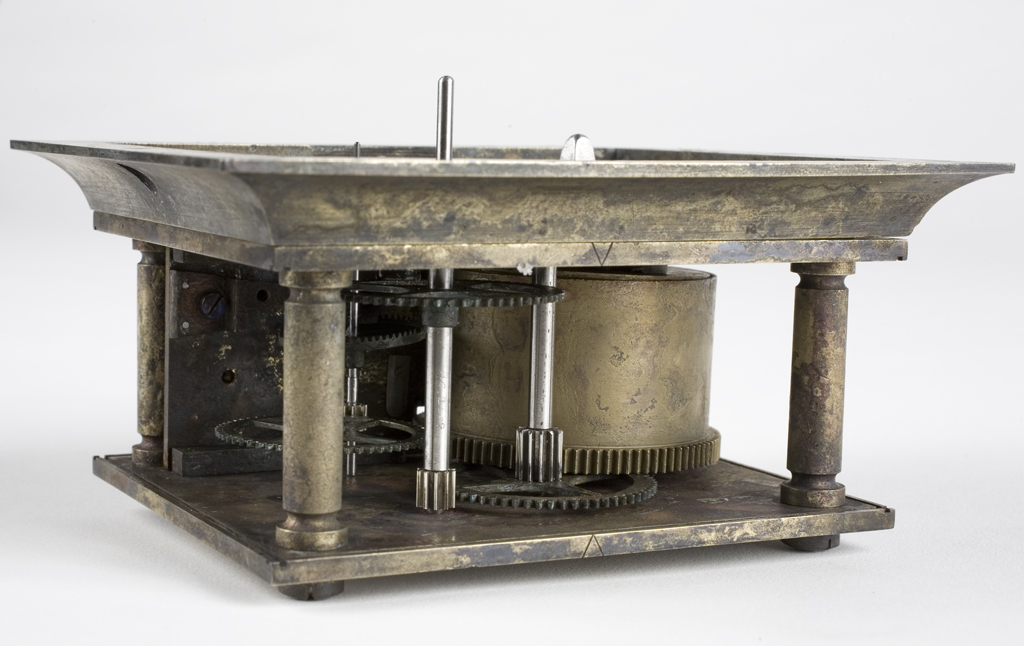 Conserved clock face and case of the U.S.S. Monitor clock

The Mariners' Museum has been, since it's inception in the late 1930's, a world class maritime museum and with the addition of the U.S.S. Monitor Center, has become a unique treasure. One of the artifacts recovered from the Monitor was the brass engine room clock with the remains of the clock hands frozen in time at 1:05 am, just 25 minutes before the ship disappeared beneath the waves. The clock's position low in the ship's engine room was flooded before the Monitor sank at 1:30 am, so this dial time fits with eye witness accounts. 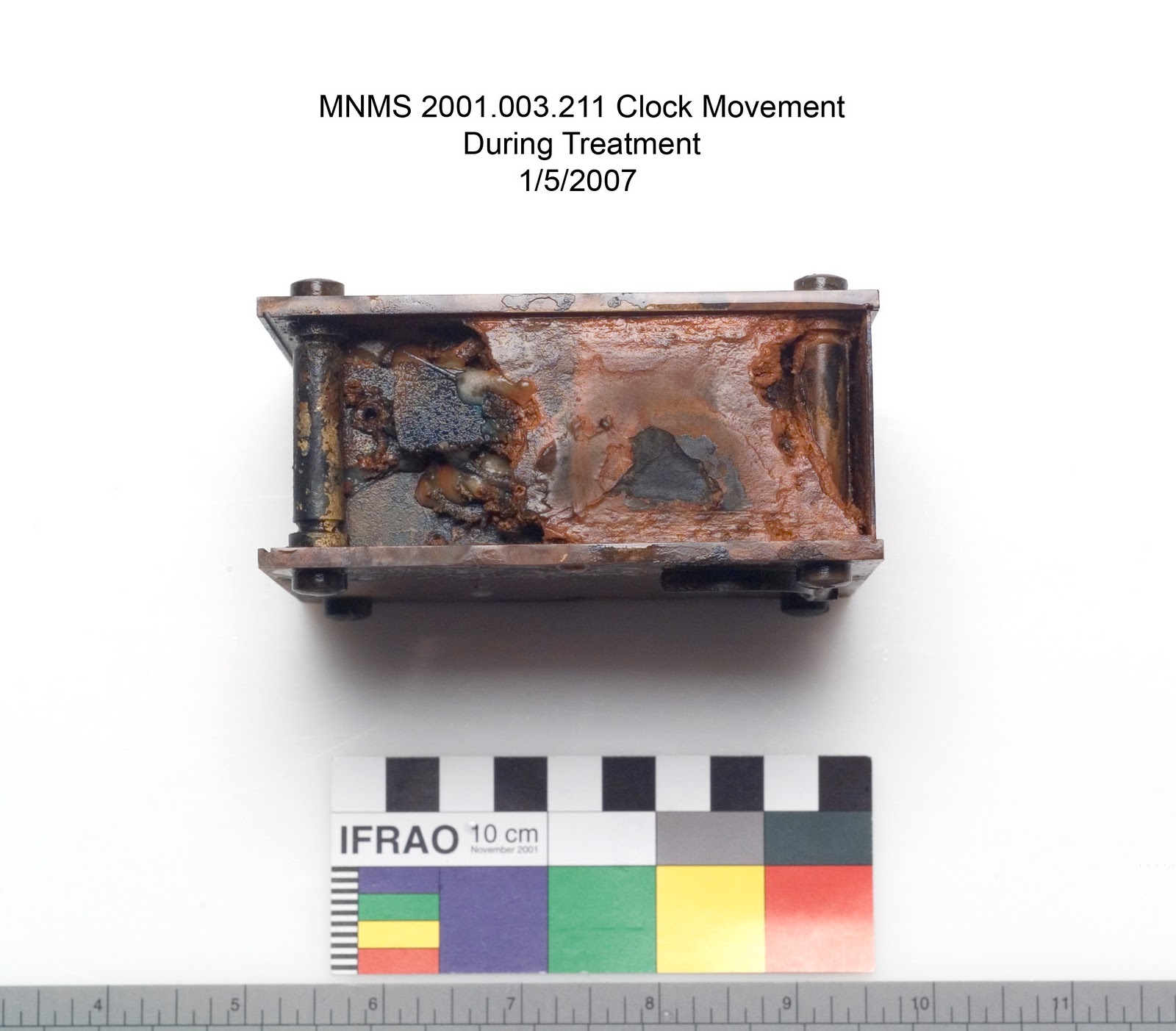 Movement as recovered with 140 years of sediment.

Because of the high quality construction and parts used to produce clocks of this period, full restoration to working condition was obtainable if desired, even after being submerged for over 140 years. The Monitor clock was a special challenge of conservation vs. restoration. Nearly all steel parts of the clock, had rusted away, with the notable exception of the dial hands near the center of the dial. Removing the hand remnants would have destroyed significant history. Additionally, the required machining of the brass movement plates and wheels would have altered the clock which museum personel found unacceptable. 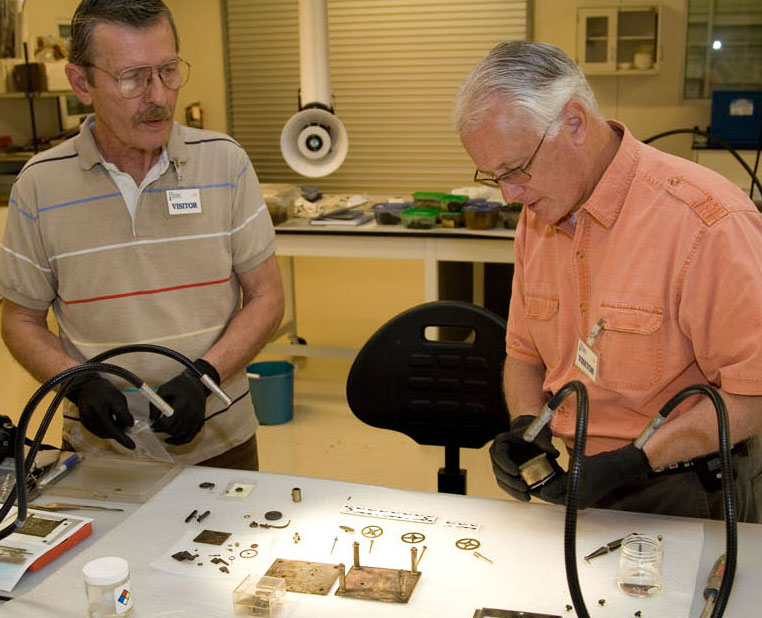 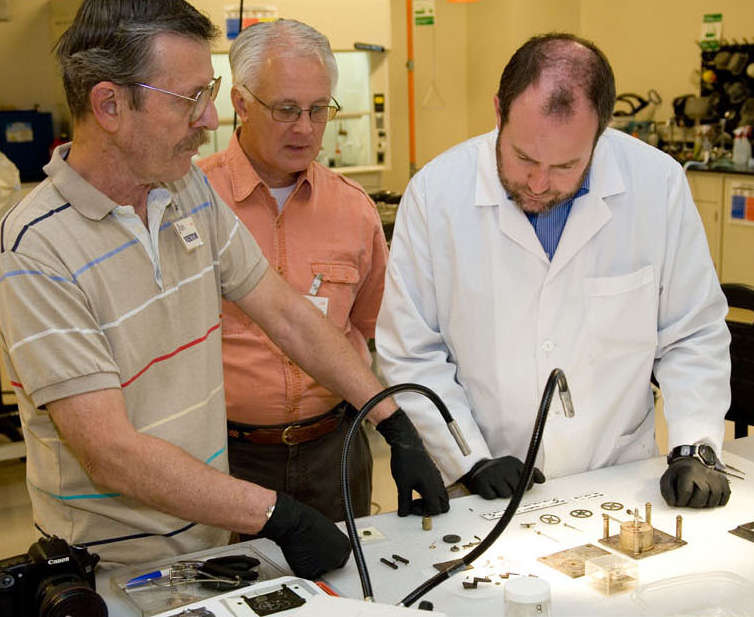 The decision was made to conserve the clock case and dial to stabilize it and save the frozen dial time for future generations to contemplate. The clock movement was a much more difficult problem. The missing parts that had completely rusted away required extensive research and skillful machining to reproduce. Clockmaker Roger Conner of Virginia Beach, marine clock historian James Dyson of Portsmouth and Mariners' Museum Senior Conservator Eric Nordgren collaborated on making the movement look as it did in 1862 and presenting it along with the case and dial for public display.

A trip to the The Mariners' Museum, U.S.S. Monitor Center at the Mariners Museum to see the clock and other artifacts recovered from the Monitor is a trip that all students of the Civil War and maritime history should make.