Waltham Electric Clock Company began manufacture of various clocks in 1892 under the direction of John Stark, President and Walter Menns, Superintendent. In 1894 the company name was changed to Waltham Clock Company.   Waltham became famous for their high grade hall, astronomical and regulator clocks. Additionally, Waltham Clock Company produced outstanding marine and engine room clocks. Marine clock production began in approximately 1896.  A letter dated June 19, 1899 from the president of Star Brass Manufacturing Co., commends Waltham Clock Company for the many hundreds of marine clock movements furnished within the past three years. In addition to Star Brass Manufacturing Co., Waltham was supplying some of the best houses in the country including the United States Navy, numerous large manufacturing plants and quite a number of foreign countries. Waltham marine movements, along with those of the Eastman Clock Company and Chelsea Clock Company appear almost identical in design and utilized escapement material apparently from the same supplier, American Waltham Watch Company. Walter Menns' affiliation with both Waltham Clock Company and later Chelsea Clock Company, as Superintendent, may explain the similarities in the Waltham and Chelsea designs. Eastman and Waltham similarities are harder to explain, but may have been a matter of patent design infringement.  Chelsea was the winner in marine clock production by the early 1900s, having absorbed the remnants of Eastman Clock Company and out produced Waltham by a tremendous margin. The early type Waltham marine movements are serialized and the highest known movement serial number is #315.   Waltham did produce, in larger numbers, marine movements of another style, movement #12, with the platform across the movement plates into the early 1920s, but production of the early marine type shown below was extremely limited as few examples are known today.  The fact that Waltham dropped production of the early design and produced a marine clock of an entirely different design later may have been due to Walter Menns' transfer to Chelsea and his holding patent rights to the early movement design. Menns did transfer patent rights for the famous ship's bell design to Charles H. Pearson, owner of the Chelsea Clock Company, and may have done so with the marine type. 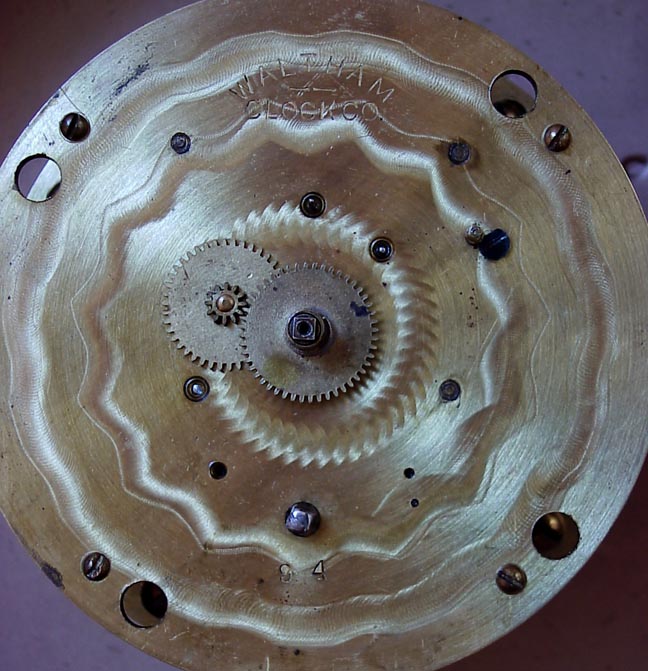 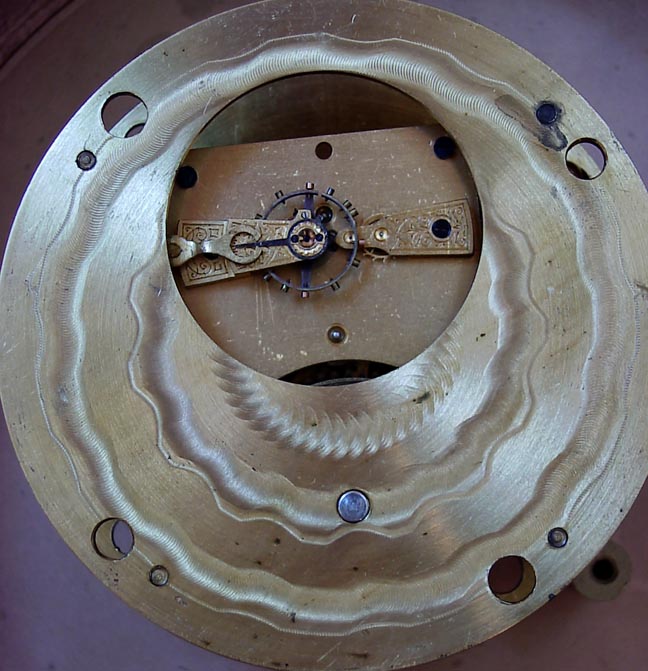 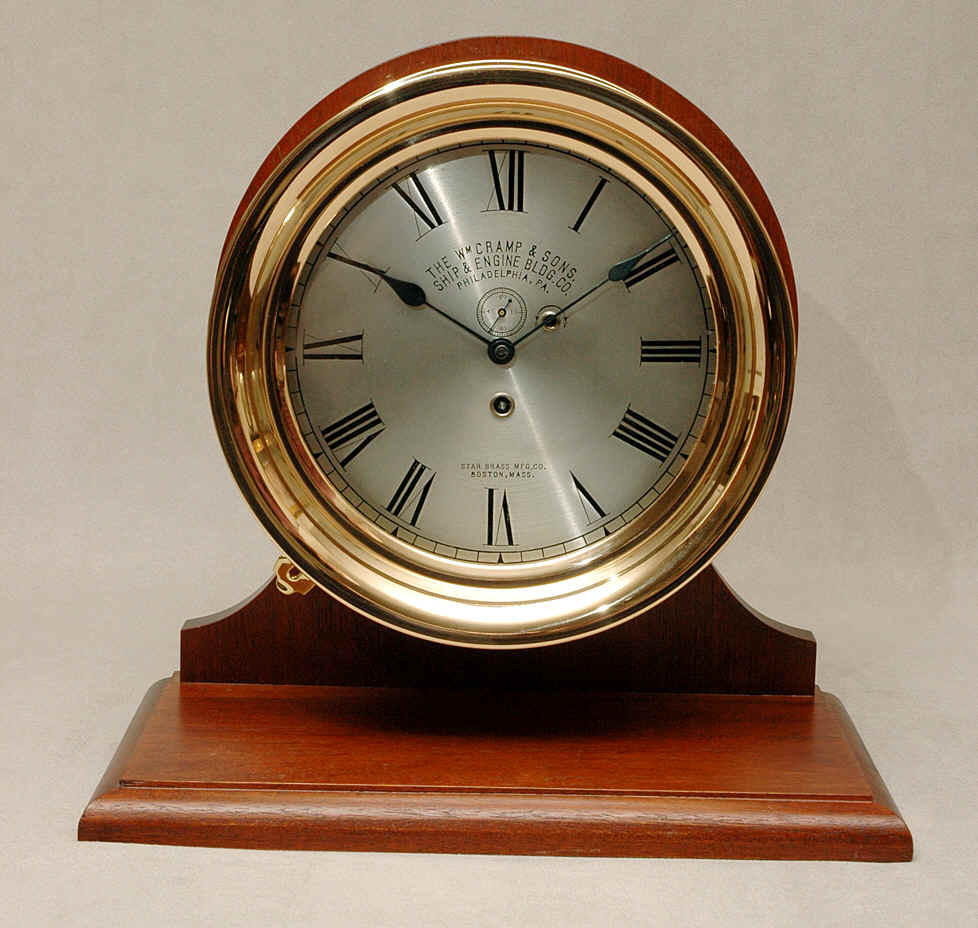 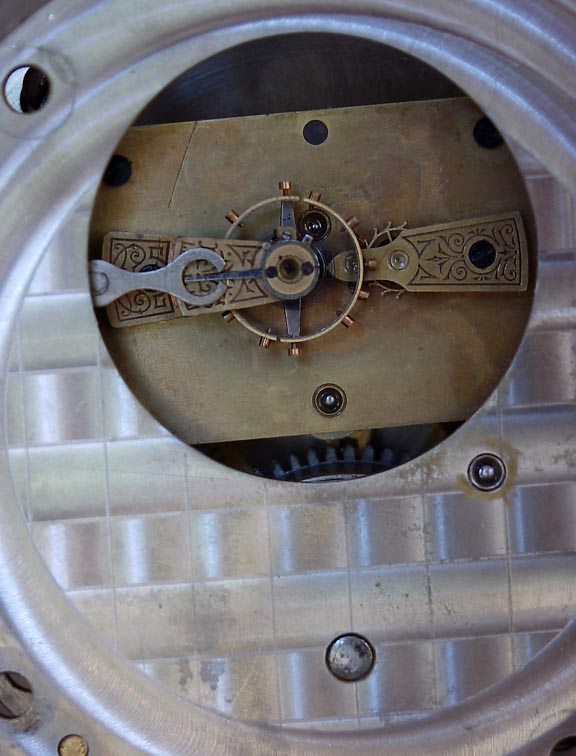 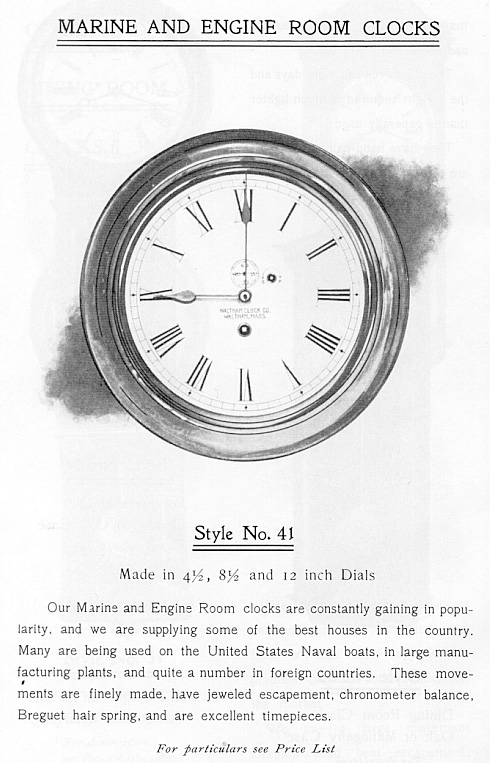 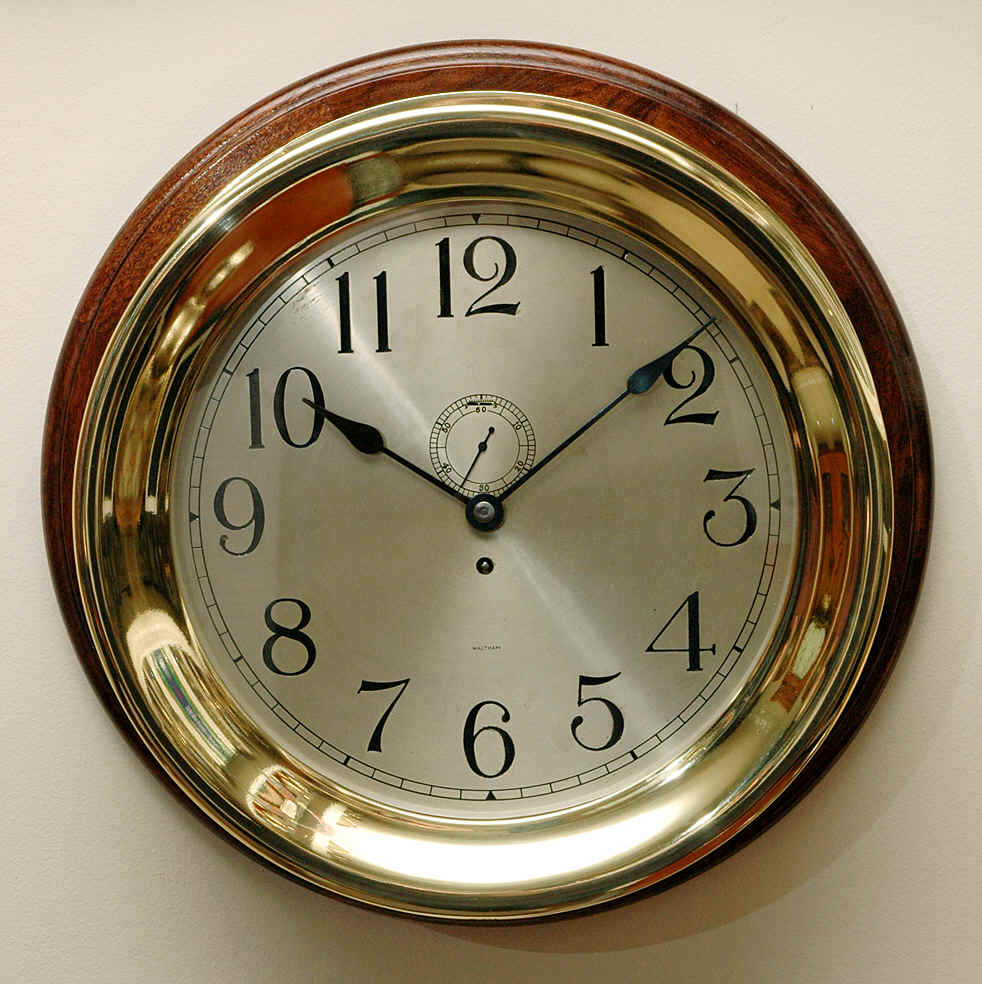