After the failure of the Vermont Clock Company, Joseph Eastman and Henry C. Little joined, and began production of banjo and regulator clocks. The time period and location of this operation is not known with certainty, however, the best estimate is between 1903 and 1907 and all known movements are marked Boston. Clocks marked Little & Eastman Co., Boston, are exceedingly rare. The similarity of Little & Eastman clock movements and those of the Derry Manufacturing Company would indicate that the operations of these companies were closely related.   The Derry Manufacturing Company, started operation in Derry, New Hampshire circa 1908 and filed their last tax return in 1909. The machinery and remaining clock material of the Derry Manufacturing Company was sold to the Frank Herschede Company of Cincinnati, Ohio in 1912. It has long been thought that The Derry Manufacturing Company was the last organized clock manufacturing effort of Joseph Henry Eastman.   Recent discoveries and research indicate that Joseph Eastman manufactured banjo clocks during the period 1915 to 1924 under the name Eastman Clock Company. Close examination of the movements and cases of several known banjos indicate without doubt that there was a second Eastman Clock Company circa 1915 to 1924 in addition to the original Eastman Clock Company circa 1894-1896. Although Eastman was listed in the Boston city directory under Eastman Clock Company until 1924, the connection between these second series clocks and this listing was not recognized until 2004. Additionally, one known second series banjo clock is signed "Wallace Nutting, Framingham" on the dial, strong evidence of an Eastman Nutting connection. This particular clock is owned by the son of a long time Chelsea employee who died in 1945.  A recently discovered photo of Joseph Eastman in the Little & Eastman Company shop has been uncovered by Andrew Dervan. Also discovered at the same time was a very detailed obituary of Joseph Eastman which is published on this website. Joseph Henry Eastman died in 1931 at age 88. 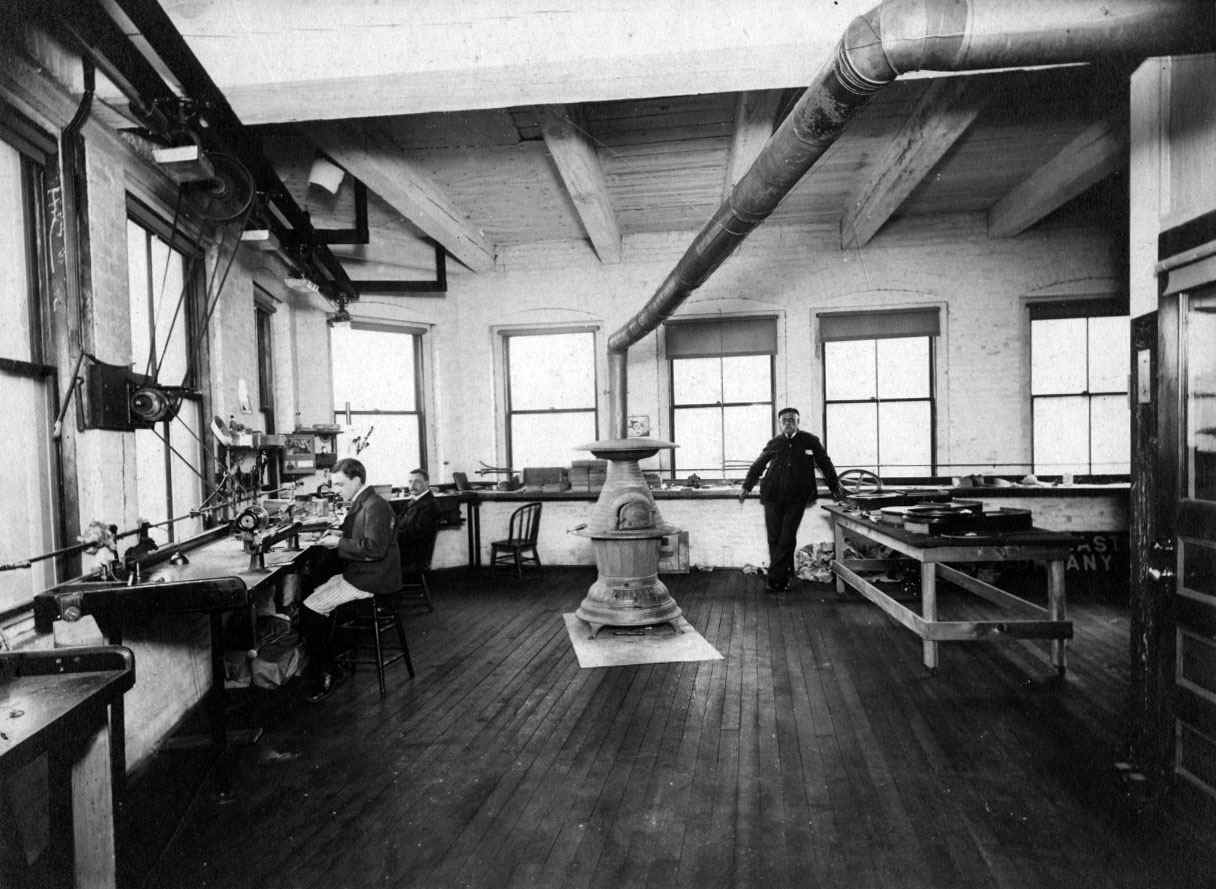 Shop photo showing Joseph Henry Eastman standing on the right.  Note the sign behind the table on the right, it reads "Little & Eastman Company". 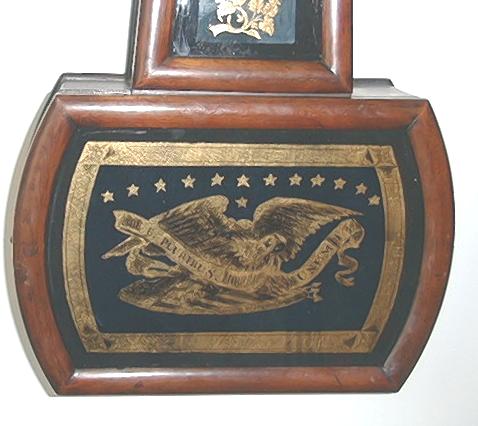 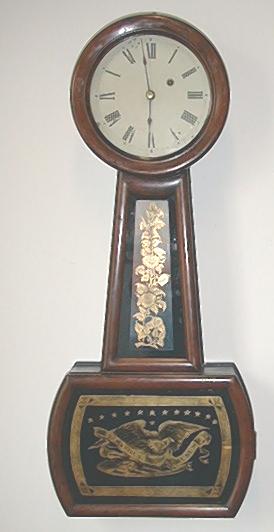 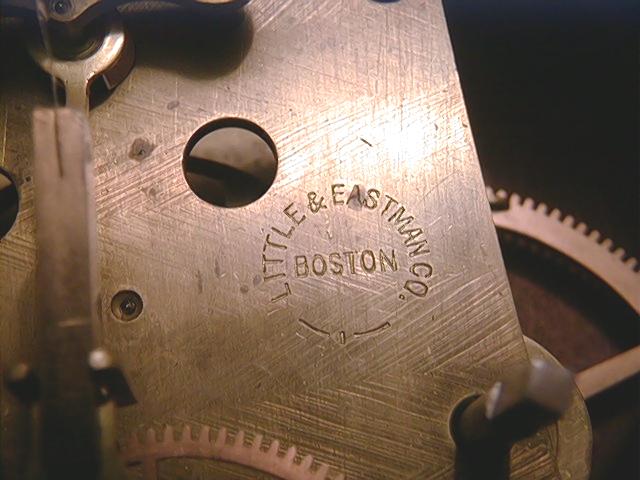