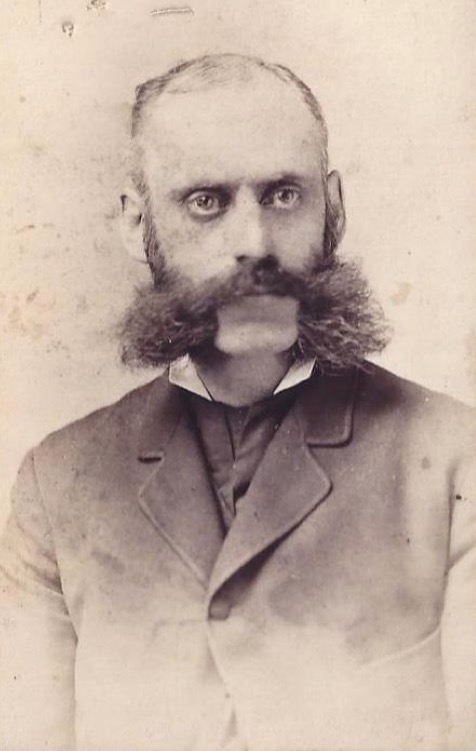 The following article was written for the Dedham Transcript, (Mass.) on January 1, 1932, following the death of Joseph Henry Eastman. Much of the information in this article was previously unknown and must be put in the context of what this article is, an obituary. Although most of the information here is probably true, a certain amount of embellishment and creative liberties may have been taken by the author. Please read this article for what it surely is, the summation of the life work of an exceptionally talented individual. The article is unedited and is presented as it was published, however, for historical accuracy comments in parenthesis have been added by the Chelsea Clock Museum.

One of the foremost clock makers of modern times passed on here this last week. A master craftsman at his trade, ever putting the best he had into his work, he died almost poverty-stricken but has left to the world many examples of his genius.

Joseph H. Eastman, who for the past few years had resided on Eastern Avenue, was born in Georgetown, Mass., On September 10, 1843. With a natural tendency toward mechanics in his earlier years it is quite obvious that he should be attracted to watch making. He started his apprenticeship with the E. Howard Watch Company but was soon attracted to the art of clock making in which work he had excelled throughout his life time.

The intricacies of clocks, particularly escapements, appealed to him and today many of the finest clock movements bear the name Eastman. During his most active years, he became associated with the Boston Clock Co.. Mr. Clark, of Dedham, at the time, was president of the company and it was here than Mr. Eastman put forward much of the best that was in him and did much to build the company up, only to have it bought out by the Ansonia Clock Co., and the equipment scrapped.

Shortly after his connections with the Chelsea Clock Co., were severed, he was asked by his former employer, Mr. Howard to go into a partnership with his friend Bickford who at the time was another well known clock maker and himself. The company to be formed was to be a half million dollar concern and include three of the greatest clock minds in the country, but unfortunately Mr. Eastman declined and a tragedy headed for it might have proved his success, financially. (A Boston Clock Co. tandem wind crystal regulator with a movement modified by Bickford, and so marked as "Bickford's Patent", is known to exist.)

Previous to the World War he was employed by the Herschede Clock Co., and while with this firm, Mr. Herschede sensing Mr. Eastman's genius for clock movements prevailed upon him to write a book. We do not know that the book was ever started. The Herschede Co. was a German concern and at the outbreak of the war closed its doors. (The Herschede Hall Clock Company of Cincinnati was in business from 1885 to 1984.)

Figures always held a certain fascination for him and this factor together with his knowledge of clocks is probably why he could figure his clock escapements with such accuracy. He made many improvements over the well known French clock. One thing characteristic about the French clock is that it must be absolutely plumb or it will not go, but Eastman was able to make a clock that if it were hung practically sidewise it would run. Many time and marine clocks bear the name of Eastman because of their accuracy in maintaining time regardless of what position they are in.

Mr. Eastman is conceded one of the six foremost clock makers of his time and it was his ability to duplicate as near as possible a Willard clock that he won for himself a name at the little shop at 8 Bosworth St, Boston, where he used to build almost to perfection, the Willard clock. There are several of his clocks about Boston today and are of great value.

His ability in the art of mechanic became widespread after completing a hurry up call to New York. The producers of the well known "Belle of New York" were in a quandary as to how they were going to get the huge bust of a girl, suspended over the entrance to the theatre, to properly open and close her eyes, etc. Mr. Eastman was summoned and he successfully geared the figure so that it would open its eyes, adjust the lorgnette and look up and down Broadway, to the delight of thousands who would gather about the entrance and watch the life-like figure perform.

Many hours of study and experiment were spent during his evenings at home, and when he was not working on his clocks he was reading. It was a result of his labors at home, that he filed one of the first patents for an electric clock. One of the most successful experiments that he performed, and incident to the making of the electric clock was the successful vaporizing of mercury. This feat had fooled scientists for many years and when he had noticed the brilliant blue-white light that was produced when the mercury changed into a vapor stage, he called one of his friends at the General Electric Co. to learn that he had made a remarkable discovery.

He filed a patent for the process and a short time later a Mr. Peter Cooper argued him into selling the patent for $500, which he did. Eastman little realized the value of his discovery until but a few days passed since the transaction where the General Electric Company made him an offer of fifty thousand dollars and was astonished to hear that Cooper had purchased it for a paltry $500. Eastman was told by the agent of the General Electric Company he had been authorized to go as high as one hundred thousand had Eastman shown any hesitancy about selling. But such was not the case and like so many other geniuses, Eastman had practically no business acumen, so the blue light that is so familiar in photographic studios, in large industrial plants, where a day light effect is desired, is a product the Cooper-Hewitt Electric Co., and the work of a master clock-maker, Joseph Eastman.

The two way wind and the noiseless tick were of his origin. The two way wind enabled one to wind both time and striking movements with but a single forward and backward motion and this simple single by-wind feature was incorporated in many of the clocks that he built. The demand for a noiseless clock prompted him to develop the tickless clock which was practically without noise and was appreciatively received especially by hospitals where quietness was to be maintained.

During the last few years of his life he was busily occupied with the designing of a magnetic clock, which if completed would have revolutionized the clock industry. Eastman was a firm believer that such a thing as perpetual motion cold not be established. However, when his model was nearly completed, a professor at Technology became interested in the idea and with his class, inspected the model which the professor claimed was the nearest thing to perpetual motion that had ever been devised. The clock in the main consisted of the dial, escapement, pendulum, two magnets, suspended in the side of the pendulum and two breaker points. The pendulum would be started swinging and attracted to the magnet, but just before making a position contact a breaker would come between the two, weakening the magnetic field and the pendulum would swing back to the opposite side when the same action took place. The clock has been successfully demonstrated, but Mr. Eastman wished to change the clock so that it would start of its own accord thereby definitely establishing perpetual motion.

Unfortunately, Eastman's sight began to fail and before he was able to complete his magnetic clock, he became practically blind. No doubt this last undertaking of his would have been his greatest and we dare say it is for undoubtedly the principal will be taken up and perfected by some other fellow craftsman.

Eastman's contributions to the clock industry have been many and highly valued. As a result of his efforts, not a few have been made independently wealthy, while he died practically homeless. He was much devoted to his two daughters who have stayed with him and together with the help of a fellow clock maker was cared for during the last difficult years of his life. He was a member of Eureka Lodge A.F. & A.M. Fairhaven, Vermont and was buried in Brookdale Cemetery, Dedham in his 88th year. (Joseph Eastman is buried in Forest Hills Cemetery, Boston, site #237, section 24. Eastman's wife, Rosamond and daughter, Elizabeth, are also buried in this one single plot.)